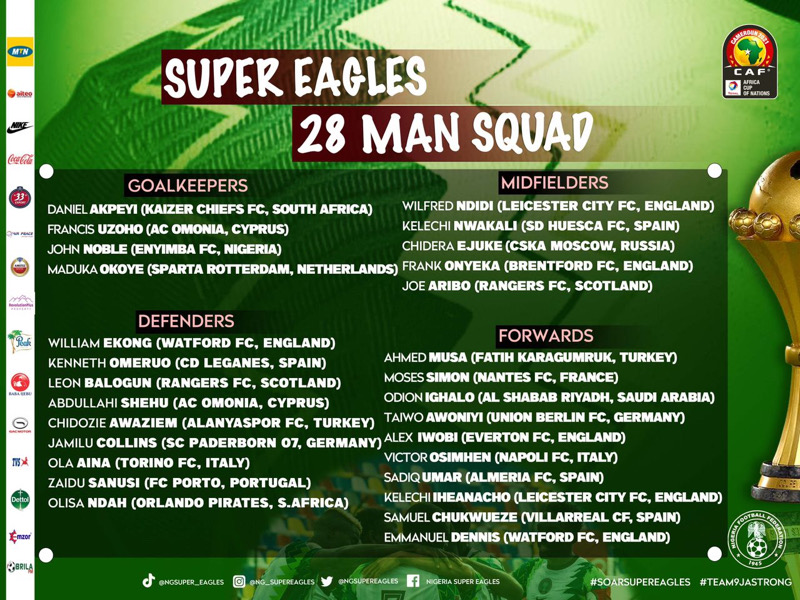 Super Eagles interim boss, Augustine Eguavoen has named a 28-man final list of the Super Eagles of Nigeria ahead of the 2021 AFCON billed to take place in Cameroon from January 9.

Nigeria, three time African champions, were drawn in Group D alongside record winners, Egypt, Sudan and debutants, Guinea-Bissau and will open the group with a mouthwatering clash against Egypt on January 11.

There is a return to the group for former U17 World Cup –winning captain Kelechi Nwakali, forward Emmanuel Dennis and 2016 Olympics star Sadiq Umar.