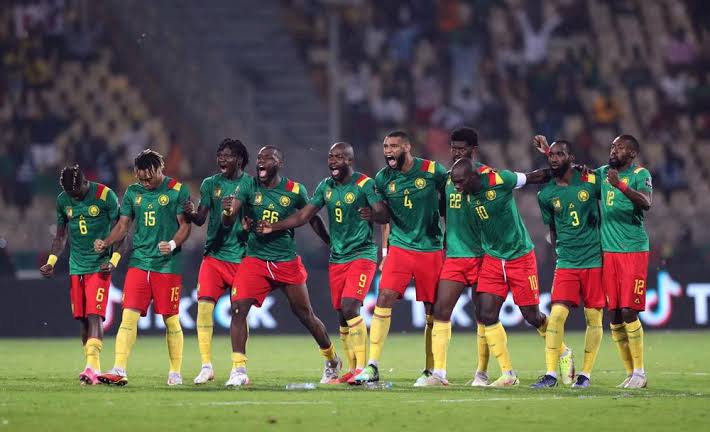 The hosts of the 2021 AFCON, Cameroon, have clinched the bronze medal following their dramatic comeback from three goals before going on to win via penalty shootout against Burkina Faso.

The Stallions had raced into an early lead in the twenty-fourth minute through Steeve Yago who latched on an Issa Kaboré’s precise cross into the box and fired a quick shot into the top of the corners.

And shortly before the end of the first forty-five, Andre Onana inexplicably deflected the ball into his own net after making effort to clear out another Issa Kabiré’s cross from the byline.

Despite bringing on the tournament’s top scorer, Vincent Aboubakar, Burkina Faso still found a way to exacerbate the miserable night for the Antonio Conceiçao’s men.

The Stallions made it three in the 49th minute as Bertrand Traore sends a long pass onto the head of Djibril Ouattara, who succinctly sent the ball into the right angle from close range.

However, Cameroon would kickstart a remarkable comeback in the seventy-first minute as Stephane Bahoken fires a rebound into the middle of the goal after the ball breaks to him in the box.

Five minutes from full time, a corner kick is whipped in and Vincent Aboubakar is in the right place at the right time, planting a header perfectly into the left side of the goal.

The comeback was completed in the 87th minute as Vincent Aboubakar blasted a rebound into the bottom left corner after the ball breaks to him in the box – the goal that sealed his eighth of the competition.

The game went into penalties where Cameroon emerged victorious 3-4 to secure the bronze medal.

Klopp salutes Mane and Salah ahead of AFCON final