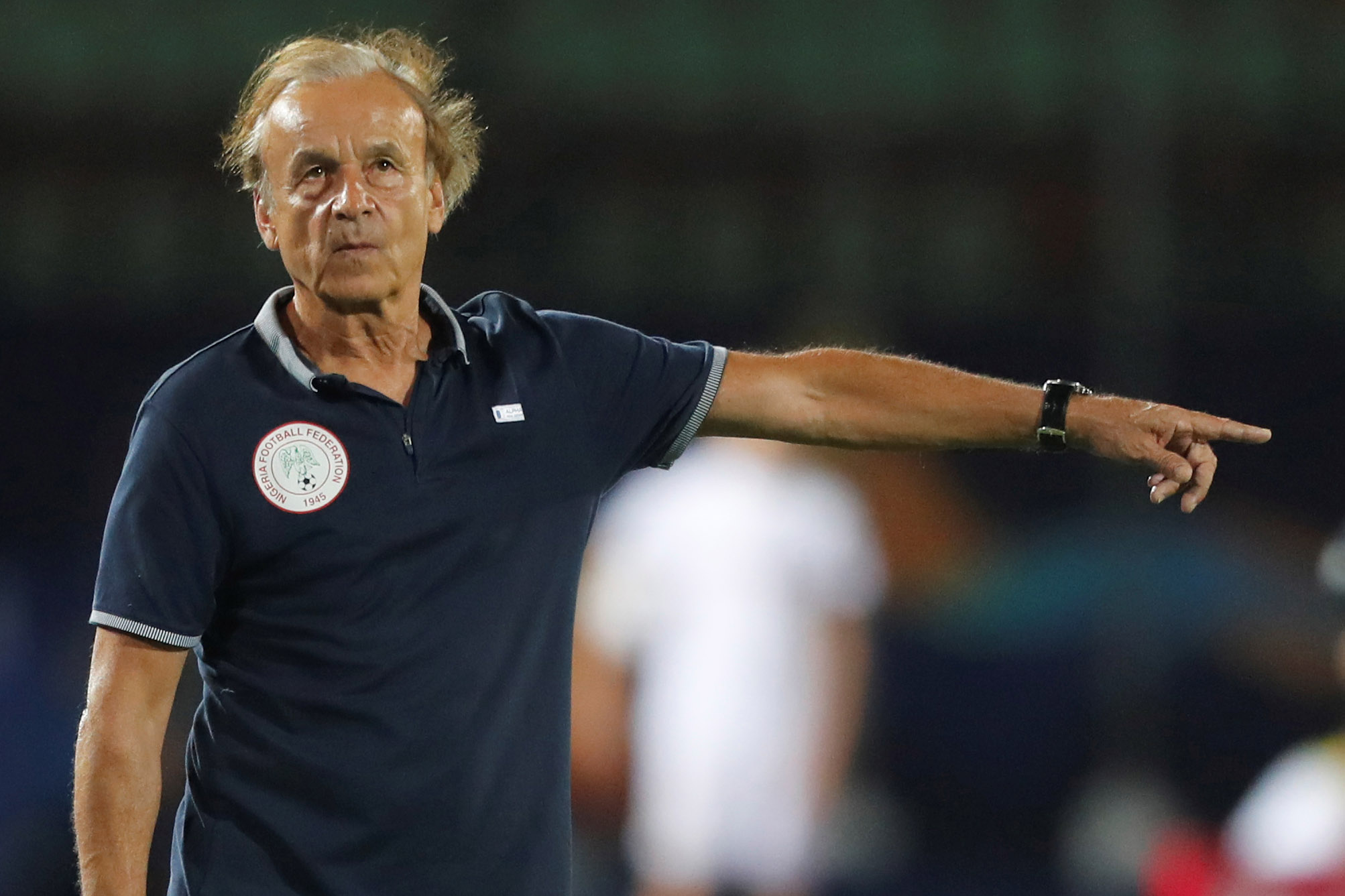 Super Eagles boss, Gernot Rohr has said his team will miss three players ahead of their Saturdays 2022 FIFA World Cup qualifying encounter against the Lone Stars of Liberia.

The Super Eagles are currently camp in Morocco, the venue of their next clash against Liberia for the FIFA World Cup qualifiers.

The team had their first training on Tuesday with 21 players in attendance with Napoli forward Victor Osimhen, Enyimba’s goalkeeper John Noble and Qatar based Odion Ighalo amongst the players still missing in camp.

Rohr speaking with the media after their session in Tangier, Morocco, said “He’s satisfied with the work of the players.”

“We train in the afternoon, to see how it is here, 5pm, which is the time of the game on Saturday. It was okay, we have good feelings with the players, some of them played two days ago, so we have to be careful with injuries.”

“Everything went well. We had a good training. I saw good goals in training, we had a shooting exercise everything is fine here we’re in good condition in Morocco and we train to prepare for the game.”

The Super Eagles leads group C with nine points having won three matches in their quest to qualify for the group stages in Qatar 2022.

Rohr Kicks Against Hosting Of World Cup Every Two Years