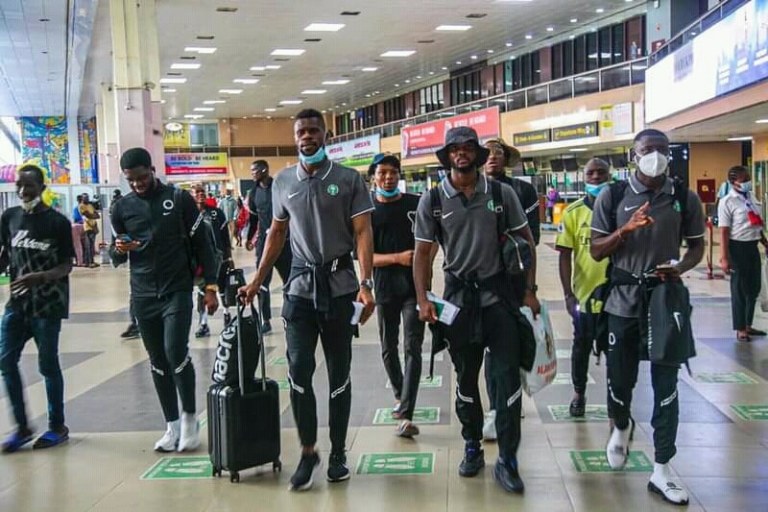 The Super Eagles of Nigeria have landed in Lagos ahead of their Tuesday tie against Cape Verde, having defeated the Lone Star of Liberia in Tangier, Morocco on Saturday.

The team arrival was announced via the Super Eagles Facebook page, “We have landed Lagos, Nigeria safely via chartered Air Peace Airline.”

Nigeria won their encounter 2-0 at the Grand Stade de Tangier, Morocco against Liberia with goals from Victor Osimhen and the captain of the team Ahmed Musa.

The Gernot Rohr’s led team are topping the group with 12 point, with Cape Verde in second position with 7 point having beaten Central African Republic 2-1 at home on Saturday.

With the tie against the Sharks of Cape Verde slated for Tuesday, the Eagles will advance to the knockout round of the World Cup qualifying tournament should they pick all three point or draw at the Teslim Balogun Stadium in Lagos.