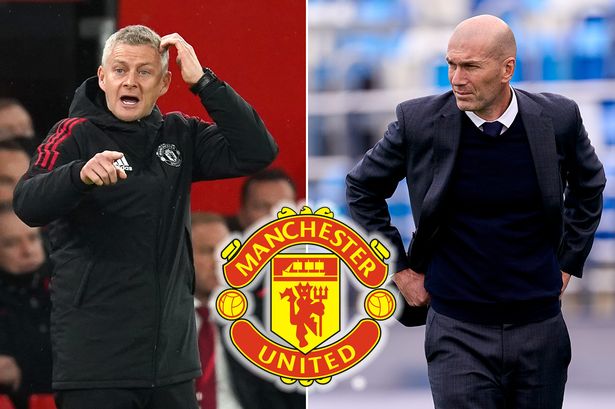 Zinedine Zidane is not interested in becoming the manager of Manchester United.

There is increased uncertainty regarding Ole Gunnar Solskjaer’s future following United’s 5-0 defeat to Liverpool last weekend, with Zidane among the managers linked with the position.

However, according to ESPN’s French football expert Julien Laurens, Zidane is instead waiting for the France national team job to become available.

Didier Deschamps has been in charge of France since 2012, but there may be a vacancy after the World Cup in Qatar next year when his current contract expires.

As a player Zidane enjoyed much success for France, earning over 100 caps and winning the World Cup and the European Championship.

Zidane has been out of work since his second spell in charge of Real Madrid came to an end at the conclusion of last season.

United’s inconsistent start to the season has led to much scrutiny regarding Solskjaer, whose side are in seventh place in the Premier League.

Solskjaer is set to remain in charge for Saturday’s game away to Tottenham, but a defeat in that fixture could prove costly for the Norwegian.

Former Chelsea and Inter Milan manager Antonio Conte has been heavily linked with the United job, as has Brendan Rodgers, who has received much praise for the work he has done at Leicester.

United were expected to be a major force in the Premier League title race this season, especially following Cristiano Ronaldo’s return to the club.

However, Solskjaer’s team have often lacked cohesion, and have been vulnerable defensively, as evidenced by the fact that they haven’t kept a clean sheet for two months.

They have also  won just one of their last four games in all competitions.