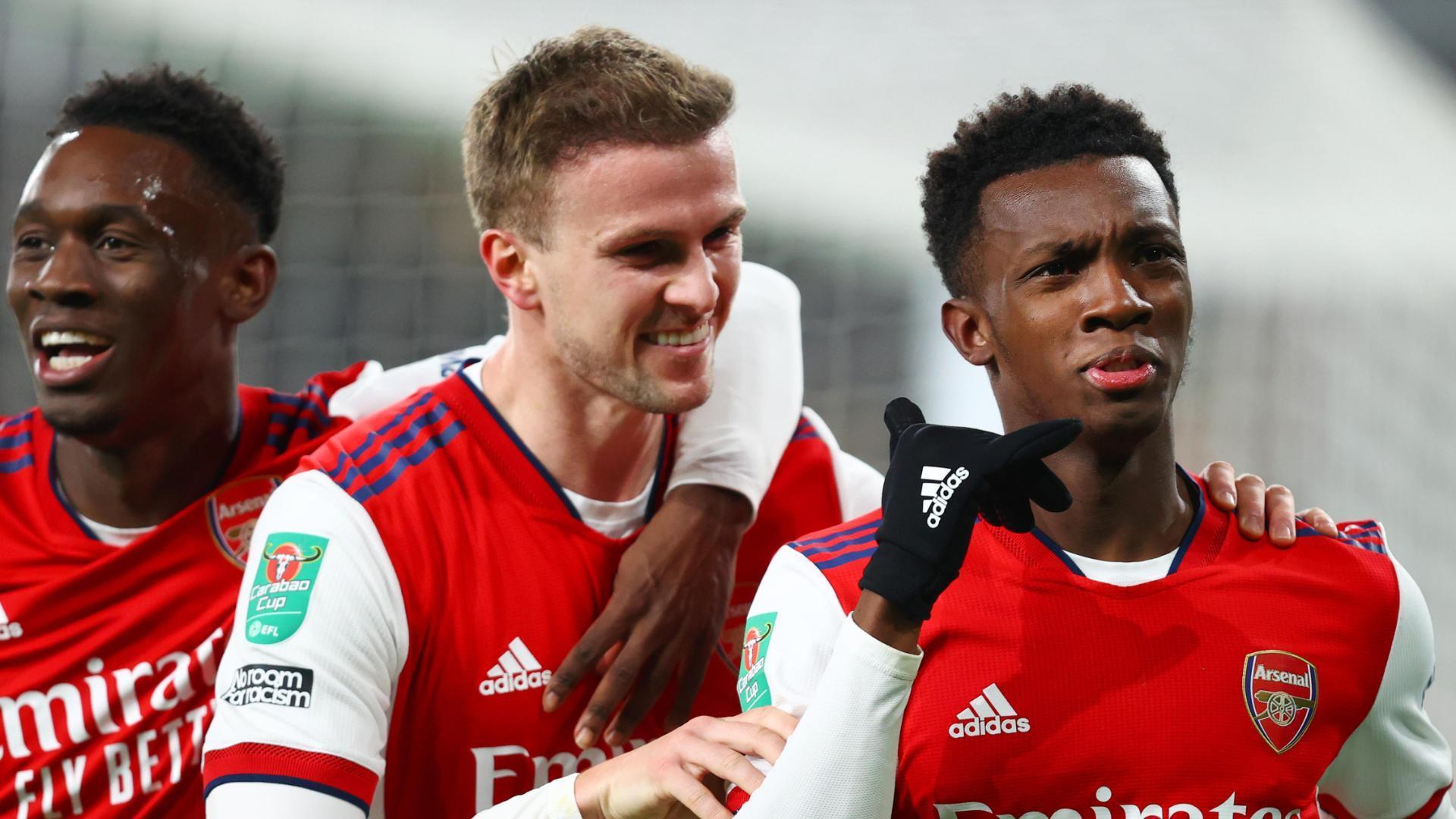 Arsenal was superb in their dealing as they defeated League one side sunder land 5-1 at the Emirates.

It was a promising night of football as Arsenal produced a spectacular showing in front of their home fans.

The likes of Nicolas Pepe and Folarin Balogun was in action while the former impressed with a goal of his own in the contest.

Following the 5-1 win on Tuesday, Isagoal.com reveals the lessons we learnt from the EFL Cup tie.

Eddie Nketiah with a hat-trick

The English man was on target in each half as he scored a brace to define his side’s outing in the EFL clash.

He was the brain behind the win against Sunderland while Ivorian star Nicolas Pepe played a massive part in the mix.

His performance would have given Mikel Arteta some hope in the days ahead following the absence of star forward Pierre-Emerick Aubameyang from the Arsenal Squad.

The visitors delivered a scary end to the end of the first half as they scored a goal to set the tone in the contest.

They went in search of an equalizer in the second period but Arsenal exploited the gaps in their defence to score further goals.

It’s an awakening for the Gunners in the defensive front as they let in a goal against such a low side like Sunderland in the EFL Cup tie.

The Gunners are in the semi-final whatsoever after the thumping win over Sunderland on Tuesday night.

They would now wait for the winner between the other matches slated today as the likes of Tottenham Hotspur square up against David Moyes’s West Ham United.

While Liverpool would be at home to Brendan Rodgers Leicester City side.

Can Mikel Arteta’s Arsenal win the Carabao Cup at the end of the season?