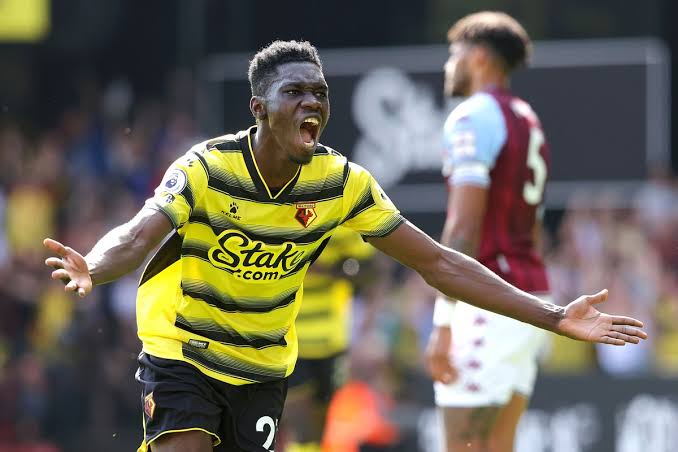 Watford winger Ismaila Sarr has been ruled out of Wednesday tie against Chelsea, due to knee ligament injury and he will be out for at least a month.

The 23 year old picked up the injury in Watford’s 4-1 triumph against Manchester United in the Premier League on November 20, and he seem set to miss the entire festive fixtures.

Watford says he will undergo a further scan on his knee in around a month time with his participation for Senegal in the Africa Cup of Nations slated for January now in doubt.

The club record signing in 2019 has been in brilliant for Claudio Ranieri led team this season, but with his current injury set to ruled him out for at least a month the side from Vicarage road will definitely misses his services in front of goal.

With Ben Foster, Ismaila Sarr, and Nigeria international Emmanuel Dennis all ruled out due to injuries, Watford chances of winning their festive fixtures won’t come easy for Ranieri who needs to start picking up point as we edges closer to the quicky bomb time in the Premier League.

Ranieri Backs Troost-Ekong To Recover From Howler Against Leicester