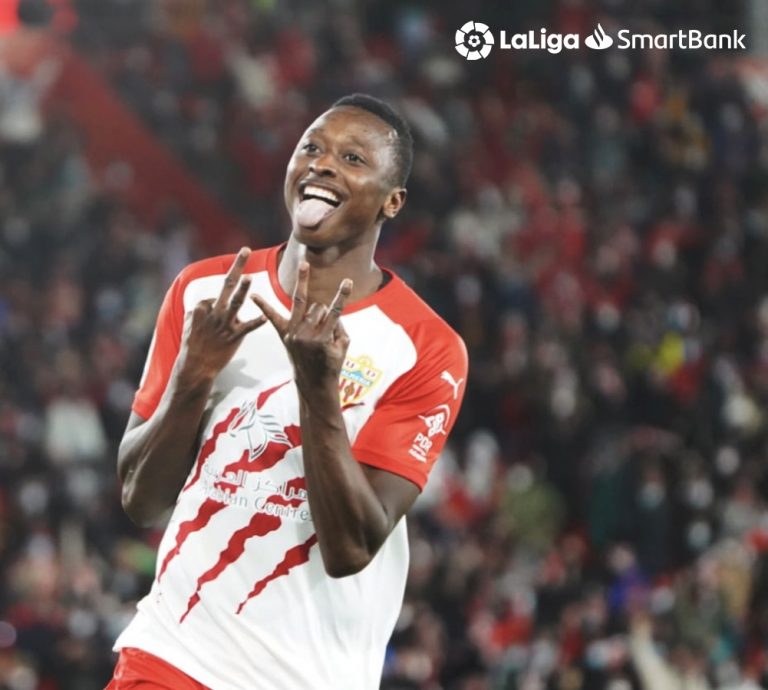 Sadiq Umar scored twice in Almeria’s 2-1 win against Mirandes on Sunday during the Spanish Segunda Division and give their promotion hopes a huge a boost.

The Super Eagles star opened scoring in the sixty-ninth minute after Arnau Puigmal stole the ball from a Mirandes midfielder and laid a short pass to the feet of the lanky forward.

Umar wasted no time and blasted home a powerful shot from the edge of the box to give the hosts the lead.

Just three minutes after the opener, Dyego Sousa intercepted on a Mirandes goalkeeper, Cruz Raul’s poor pass and played through Umar in front of Raul.

Umar again scored by a exquisite lob to double Almeria’s tally in the game. He was however replaced with seven minutes left in the game.

Sergio Camello pulled a goal back for Mirandes with nine minutes into added time in the second half.

His brace against Mirandes has now taken Umar’s tally to twelve goals after twenty-three games in the second division.

For Almeria, the win has moved the club up to second place (one of the two automatic promotion slot) on fifty-five points just a point behind leaders Eibar in the league table.