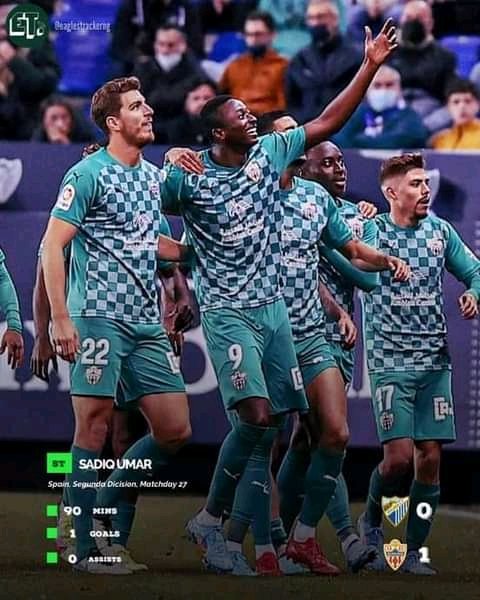 Super Eagles forward, Sadiq Umar, was the hero in Almeria’s one nil win against Malaga on Saturday to help Rojiblancos La Unión secure their second win on the bounce in the Spanish second division league.

Sadiq broke the deadlock in the 53rd minutes as he heads home a cross from Francisco Porlitto to earn his side a huge boost in their quest for Elite ticket.

Umar, has now bagged ten goals in twenty-two outings for his Almeria side having his side’s two penalties and scored a goal in their 2-0 home win against Ibiza.

With the result, Almeria remains second in the Spanish second tier table with 52 points from 27 games.