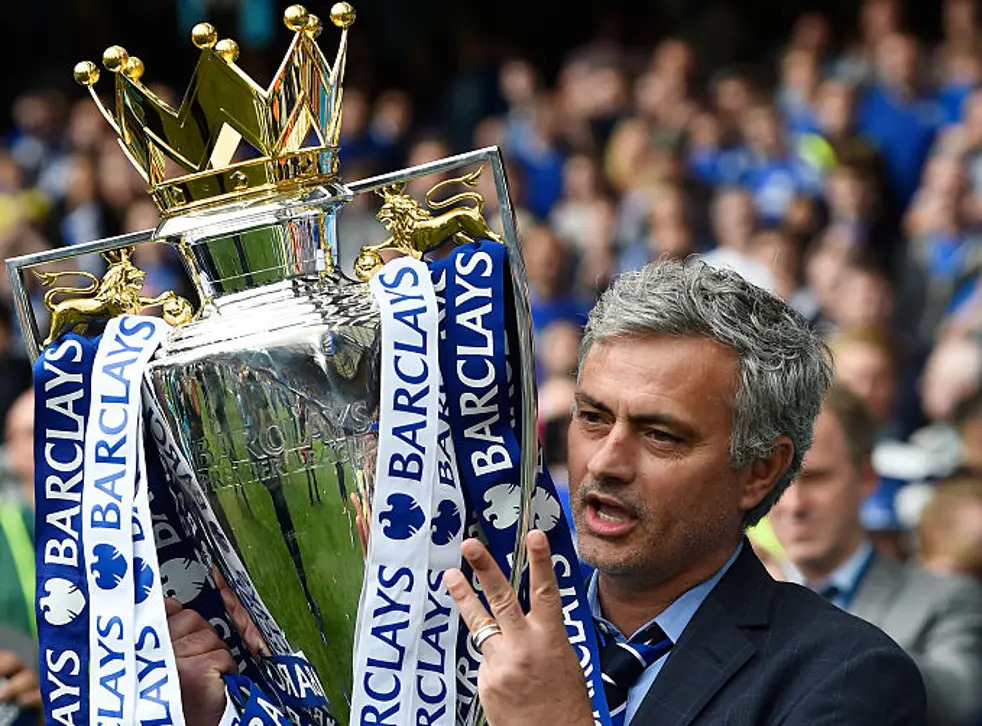 Mourinho won the Primeira Liga twice, a Taça de Portugal, the UEFA Cup, and the UEFA Champions League in 2002 with Porto.

He joined Chelsea in 2004, where he won two Premier League titles, an FA Cup, and two League Cups in his three seasons at the club before he departed in 2007.

Mourinho then joined Inter Milan, where he won Serie A twice, including a European treble of Serie A, the Coppa Italia, and the UEFA Champions League in 2010, a first for an Italian club. With this, he became one of five coaches to have won the European Cup with two clubs, and later that year, earned him the first FIFA World Coach of the Year.

He again moved to Real Madrid, where he won La Liga in 2011–12 with a record points tally, becoming the fifth coach to have won league titles in four countries. He also won a Copa del Rey and a Supercopa de España.

Mourinho left Real Madrid in 2013 and rejoined Chelsea, where he won another league title and League Cup but was dismissed in 2015 after a poor run of results.

In 2016, Mourinho was appointed at Manchester United and won the UEFA Europa League, League Cup, and FA Community Shield in his first season. In 2018, after Manchester United suffered a poor run of league results, he was dismissed.

So now, how many trophies have Jose Mourinho won as a manager?

Portuguese Coach of the Century: 2015

PFA Portuguese Manager of the Year: 2017

That is the list of trophies won by Jose Mourinho.