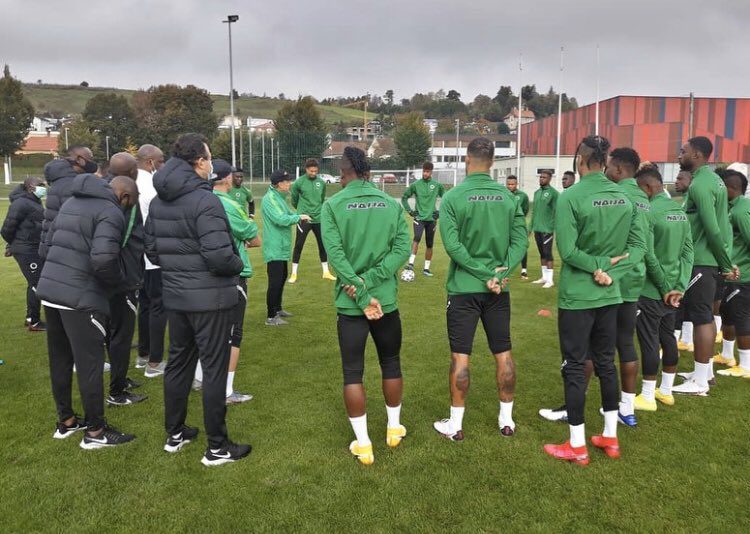 The Super Eagles would be expected to shine at all costs with the pitch built to perfection in Morocco.

As both sides face up at the Morocco Stadium, there are credible players who have got their mark to make while their contribution will be very defining for Nigeria against Liberia.

On this note, Isagoal.com reveals the big gist about these promising players ready to take the stage against Liberia.

The talented wide man would be expected to feature against Liberia just as one of the forumites (fan) in Completesportsnigeria.Com by name  “Ayo” commented that he would switch off his TV (Television) he fails to see Ejuke, Osimhen and Chukwueze starting the game as the front three for Nigeria.

He’s been amazing at club level for CSKA Moscow in Russia scoring crucial goals for the club.

While he would be good to go in opening the Liberian defence in case they plan to adopt a defensive (game) approach against Nigeria on Saturday.

The Rangers man would be another candidate gearing for an explosion in the Nigerian National team.

And with his form and talent at the moment he will be expected to shine in the Liberia contest.

While we look to see who becomes his manager at Rangers following the departure of his manager Steven Gerrard to the London based Premier League side Aston Villa.

The left-back may have scored an own goal in unfortunate circumstances against AC Milan in the UEFA Champions League.

But the lad would be key to Nigeria ambition in this one.

His attacking runs down the letter wings would be very much explosive and productive especially with Victor Osimhen and possibly Odion Ighalo ready to pounce on his delivery on the box.

While finding the equilibrium between his attacking voyage and his defensive duties would be key to Nigeria’s aspiration in this clash against Liberia in Morocco.

Liberia vs. Nigeria; Three Super Eagles players likely to score against the Liberia