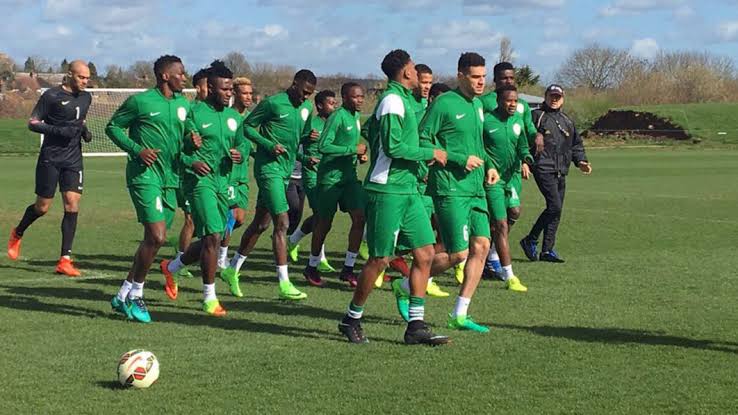 The Super Eagles would be up against the minnow of Liberia in this weekend fixture as it pertains to the World Cup qualifiers on the African (CAF) region.

It promises to be an interesting feat from the Nigerian point of view as they aim for the available point at stake.

Gernot Rohr’s men are three (3) points above Cape Verde with two games to go while is a goal com reveals the three things to look forward to in the game.

Will Ighalo start against Liberia?

The Super Eagles and the fans’ of the West African side would be keen to know (find out) if Odion Ighalo would be selected against Liberia from the start.

With the forward lines of Nigeria brimming with quality with Napoli’s Victor Osimhen the major star in view.

It would be intriguing to see how things are set up for Nigeria in the attack.

And if possible Odion Ighalo would be used up front alongside the Napoli man more especially as Genk goals scoring hero Paul Ebere Onuachu is available for selection for Nigeria.

There is nothing else to be expected of this team laden with talent in every position.

In the defence, there is good personnel representation with William Troost-Ekong leading the likes of Kevin Akpoguma and Zaidu Sanusi at the back.

While Wilfred Ndidi returns to complement Everton’s Alex Iwobi and Joe Aribo in the midfield region.

Rohr and his side must find a way to get the job done because anything otherwise a win will attract unhealthy anger and criticism from the Nigerian fans who are known for their passion and high expectation in the game of this magnitude.

Atmosphere/Fan Turn Out In Morocco

The Super Eagles would be on the advantage here since they would be playing the away match against Liberia in Morocco.

This is more of a neutral venue for both sides since Liberia could not present an approvable venue by FIFA (CAF) standard.

This should profit Nigeria obviously playing on the neutral ground instead of going to the unfavourably pitch the Liberians would have provided.

While the Morocco standard (green) pitch would afford Nigerian stars with the leverage to showcase their talent on the pitch with flair playing players are expected to enjoy themselves on the pitch.