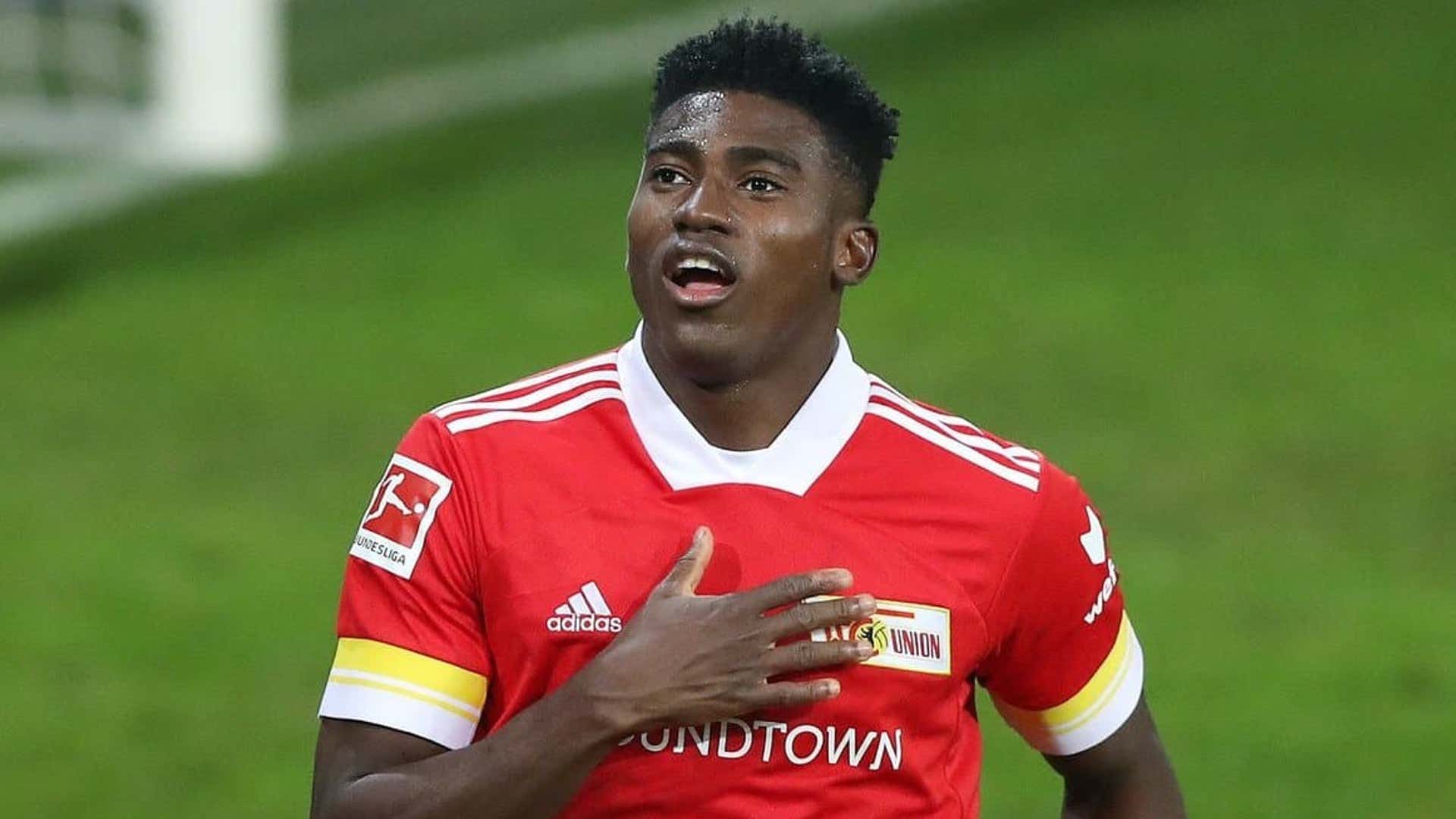 Germany based Super Eagles forward, Taiwo Awoniyi has revealed that he didn’t regret signing for Liverpool.

The Union Berlin striker signed for Liverpool following a successful outing at the FIFA U-17 World Cup with Nigeria’s Golden Eaglets in 2015.

The striker who went on to spend six years with The Kop, however, had no single professional appearance for the club due to his inability to secure a work-permit and was subsequently loaned to the team in Belgium, Netherlands, and Germany.

While speaking with tribalfootball.com, the 24-year old revealed that he harbors no regret on his decision to sign for Liverpool, that he signed for the club when he hadn’t understand the implication of work-permit.

“I signed for Liverpool at a period in my young career as a footballer; when I did not understand how it works with work permit issues, but at the end, we are still here talking about it.”

“It shows that I did not make a bad decision to sign for Liverpool. With other players, they can have a work permit immediately.”

“I have always said that Liverpool is one of the best things that happened to me as a footballer because they gave me the platform to achieve my dream and with them, I have no regret at all.”

Awoniyi having scored seven goals in the German Bundesliga this term, is five goals adrift the league’s top scorer, Robert Lewandowski and has bagged twelve goals in seventeen appearances for Union Berlin.