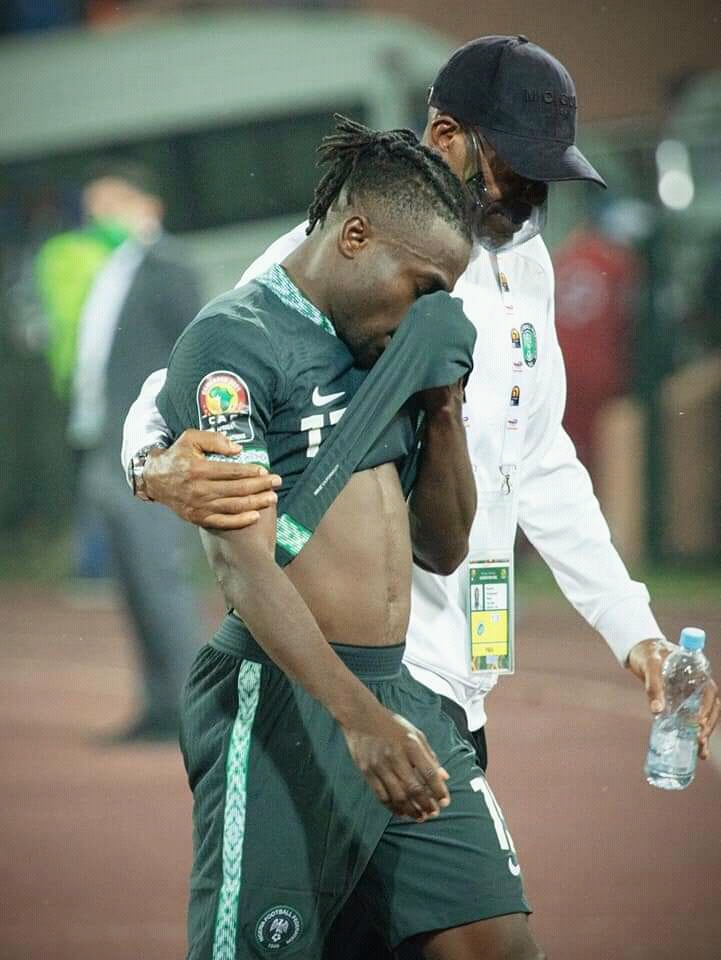 Nigerian forward Moses Simon has penned an emotional message to fans of the Super Eagles following the team’s abrupt ouster from the ongoing Africa Cup of Nations in Cameroon.

Tipped by many as a candidate for the latter stages of the competition after their brilliant group stage campaign, the Super Eagles suffered a shock round of 16 loss to Tunisia on Sunday.

Simon’s tweet reads: “Last night defeat hurts badly. We had D support of our passionate fans and stepped on D pitch to defend our nation with all our hearts. Sadly, it did not end D way we wanted. As a team we win together, lose together and will come back stronger again; thanks for Ur support.”

Securing qualification for the 2022 FIFA World Cup could help the Super Eagles’ fans heal from the disappointment of Cameroon 2021.

Nigeria have been drawn against bitter rivals Ghana in the final qualifying playoff round slated for March, with the aggregate winner over two legs joining four others to represent Africa in Qatar later in the year.