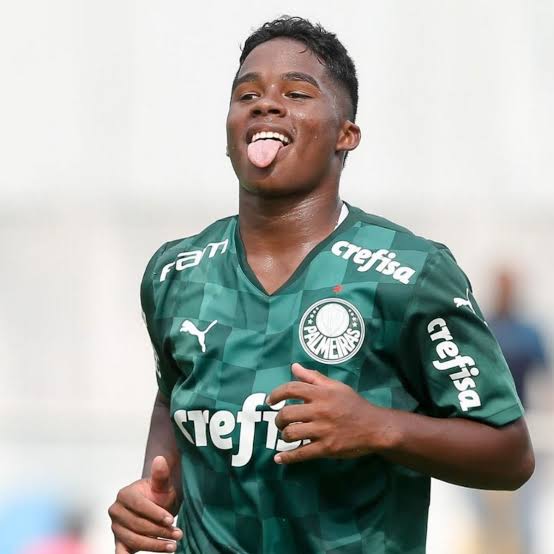 Manchester United are reportedly lining up a move for Brazilian starlet Endrick.

The 16-year-old is supposedly being followed by a plethora of top European clubs after bursting onto the scene in his homeland with Palmeiras.

Endrick is still waiting for his competitive debut for the Brasileiro side, but he has struck six goals in seven games for their Under-20s in the 2022 Copinha.

The teenager has also racked up five goals and one assist from four appearances in a Brazil shirt for the Under-17s, and he signed his first professional deal with Palmeiras earlier this year.

Endrick is tied down to his boyhood club until the summer of 2025, but that is unlikely to deter interested parties from trying to secure his signature in the next couple of years.

According to Brazilian journalist Jorge Nicola – via The Sun – Man United are one of several European clubs keeping a close eye on Endrick’s development.

The report adds that Tottenham Hotspur and Newcastle United have joined the Red Devils in the race for the forward, and bids are being prepared by all three parties.

Endrick is reported to possess a £35m release clause in his existing contract with Palmeiras, but Premier League clubs are supposedly already on the back foot in the race.

Nicola adds that Real Madrid and Paris Saint-Germain are both well-placed to compete for the Brazil Under-17 international’s signature, with the Ligue 1 champions currently at the head of the queue.

An intense battle between clubs over personal terms will seemingly commence in the near future, as teams aim to lure Endrick away from the club where he has netted a staggering 165 goals at youth level.

Related Topics:Manchester UnitedPremier League
Up Next