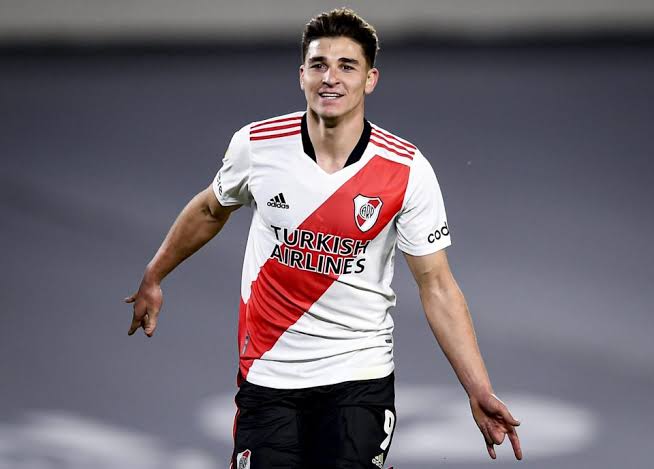 Spanish giant Real Madrid are closely monitoring River Plate’s striker Julian Alvarez, and could make a move for the Argentine if he keeps up his impressive form.

The 24 year old is already an international with La Albiceleste and was given some game time in his most recent international game, playing against both Uruguay and Brazil in the South American World Cup qualifiers.

Alvarez has scored 15 goals and six assists in 16 games for River Plate this season, and he could be moving to the Santiago Bernabeu soon having had a brief spell in the academy as a kid.

According to the mayor of Calchin Claudio Gorgerino, Alvarez’s hometown, “He spent a month in Madrid. He made such a difference playing here that they came to see him everywhere.”

“He would overpower his opponents. He’d go left to right and get into the box.”

Unfortunately for the Argentine, his young age meant that he could not stay at Real Madrid.

However, with the Santiago Bernabeu club now monitoring the River Plate’s forward we could see him head to Madrid next summer, especially with the imminent departure of Luka Jovic and Mariano Diaz.

Arsenal In Talks With Real Madrid To Sign Isco

Barcelona Set To Cash In On Frenkie De Jong In January