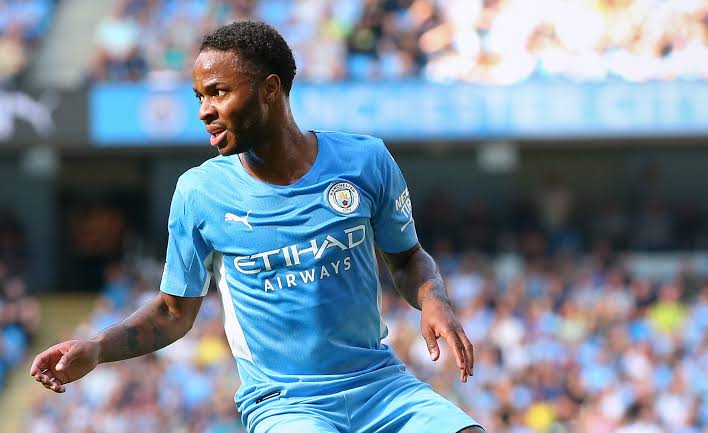 Manchester City winger Sterling is reportedly set to leave the Citizens in January, having failed to get consistent playing time under Pep Guardiola.

The former Kop star has been with City since 2015 joining the Sky Blues from Liverpool for a whopping £44 million with a further £5 million in add-on, following his contract dispute with the Red.

Sterling stats since teaming up with City has been really impressive, making 307 appearances in all competitions including 15 games in the current 2021-22 campaign with a total of 79 goals for the Citizens.

With the England international consistently falling down the pecking order at City, he’s only managed two goals, two assists for Pep Guardiola led team this season with players like Jack Grealish, Gabriel Jesus, and Riyad Mahrez ahead of him.

According to report, it is believed that Barcelona is one of the team in pole position to lure him down to Nou Camp with their incoming manager Xavi Hernandez giving his consent to the deal ahead of the 2022 campaign.

Further report from the camp of Sterling claims the Catalan are keen to agree a loan deal with City, which would include the option to buy on a permanent deal next summer.

Taiwo Awoniyi: I have no regret signing for Liverpool