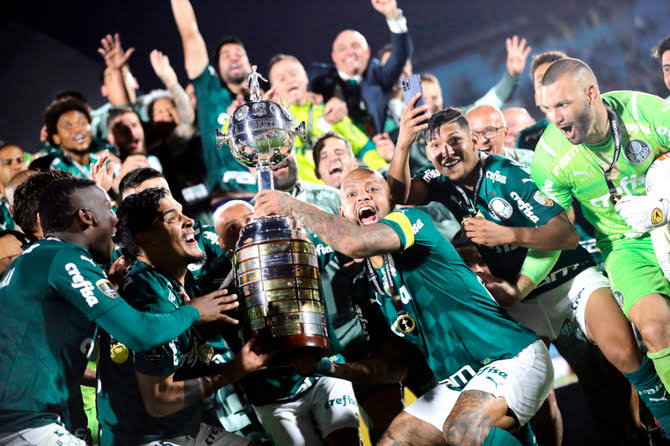 Brazilian outfit Palmeiras has been crowned Champions of South America having won the Copa Libertadores for the second year in a row.

An extra time goal from Deyverson game the ‘White-Green’ a 2-1 win over Flamengo in an entertaining all Brazilian final on Saturday.

Winning the title the second time in a row makes it the third time the Sao Paulo based club have won the South America’s equivalent of Europe’s Champions League having won it in 1999 and 2020.

Raphael Veiga put the White-Green ahead after five minutes, but Gabriel Barbosa’s levelled for Flamengo with 18 minutes remaining.

However, Palmeiras did not lower their guard as Deyverson took advantage of a poor defending from Andreas Pereira to buried the ball into the net five minutes into extra time.

Gabriel Barbosa equalized for Flamengo through an assist from Giorgian de Arrascaeta, but his goal wasn’t enough to stop Deyverson who scored the winning goal that crown Palmeiras as Champions.

The back to back success for the White-Green now means it is the first time a team has successful defended the Libertadores title since Boca Juniors in 2001, and their manager Abel Ferreira also become the first European to win the title twice.