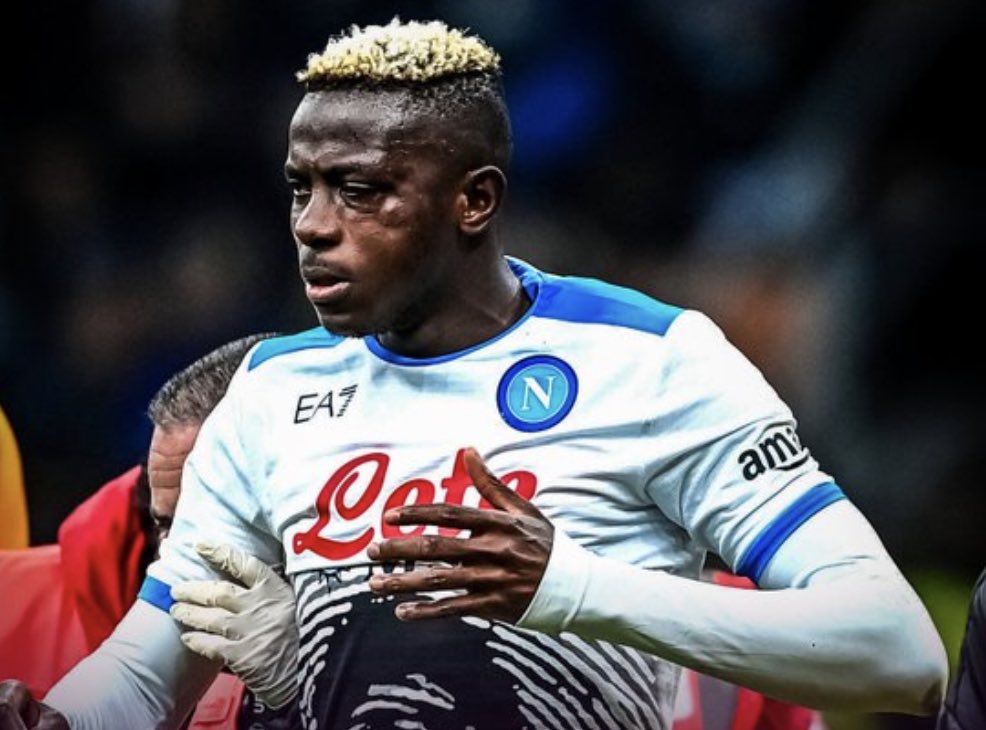 Serie A club Napoli have announced that Victor Osimhen will today undergo surgery after he fractured his eye socket and cheekbone at the weekend.

The surgery according to the club will be performed by Professor Gianpaolo Tartaro to be assisted by Napoli club doctor Raffaele Canonico.

Osimhen suffered the injury in Napoli’s 3-2 away defeat to Inter Milan at the Stadio Guiseppe Meaza on Sunday.

Read Also: Rohr is not entitled to any $2million – NFF

The striker will be expected to battle to be fit in time for the 2021 Africa Cup of Nations in January as he could be out of action for at least four weeks.

The Nigeria international has scored five goals in 11 league appearances for the Parthenopeans this season.

Last season, he was sidelined for several months after he injured his shoulder on international duty with Nigeria.