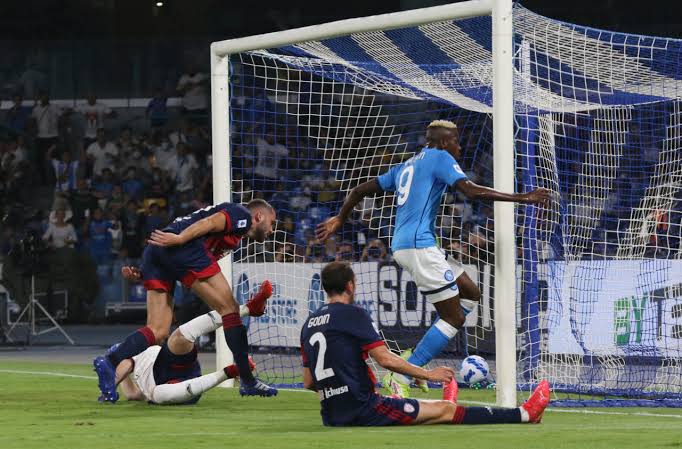 Victor Osimhen scored Napoli’s late equalizer against a stubborn Cagliari as Luciano Spaletti’s side failed to capitalise on AC Milan and Inter dropping points over the weekend.

The Super Eagles star came on board to save his Napoli side from the jaws of defeat having gone down earlier in the second half via an Ospina howler, Gastón Pereiro’s tame shot was palmed into the bottom corner by the Napoli keeper to make it 1-0.

Napoli had to turn to their big guns on the bench to dig themselves out of trouble and it worked as Rui’s wonderful cross picked out Osimhen at the back post who made no mistake with his header to bring the scores level with moments remaining.

The last gasp draw keeps Cagliari in the relegation zone and Napoli in third two points behind leaders AC Milan.

Napoli with Osimhen are a strong side – Vieri