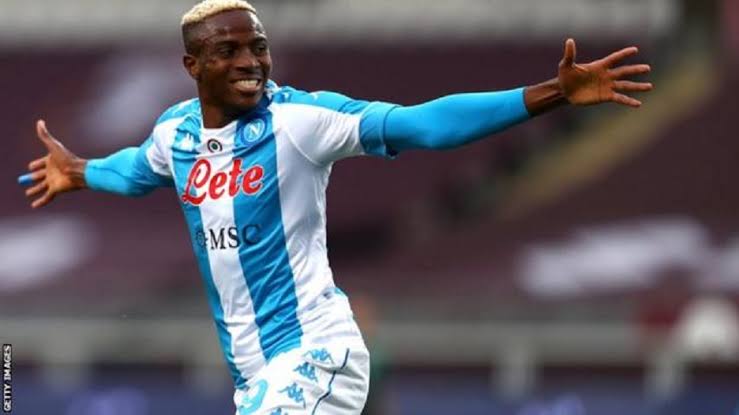 Super Eagles striker, Victor Osimhen on Saturday made history to become the best Nigerian striker In Italian Serie A.

The Nigerian who has barely spent more than three seasons with Napoli after signing from French Ligue One side Lille, has scored 32 goals in the Serie A to overtake Nwankwo who has 31 Serie A goals in the colours of Crotone and Salernitana.

Osimhen, who conceded a penalty for Napoli, got his 32nd goal in the 23rd when he headed in the leveller for his club.

The feat is coming a week after the 23-year-old goal hunter got his hat-trick against Sassuolo at the Maradona Stadium.

After scoring his goal, Osimhen then provided the assist for Elmas to score Napoli’s second, as they went into the break with a 1-2 lead at the Gewiss Stadium in Bergamo hosts of the Scudetto showdown between table toppers.