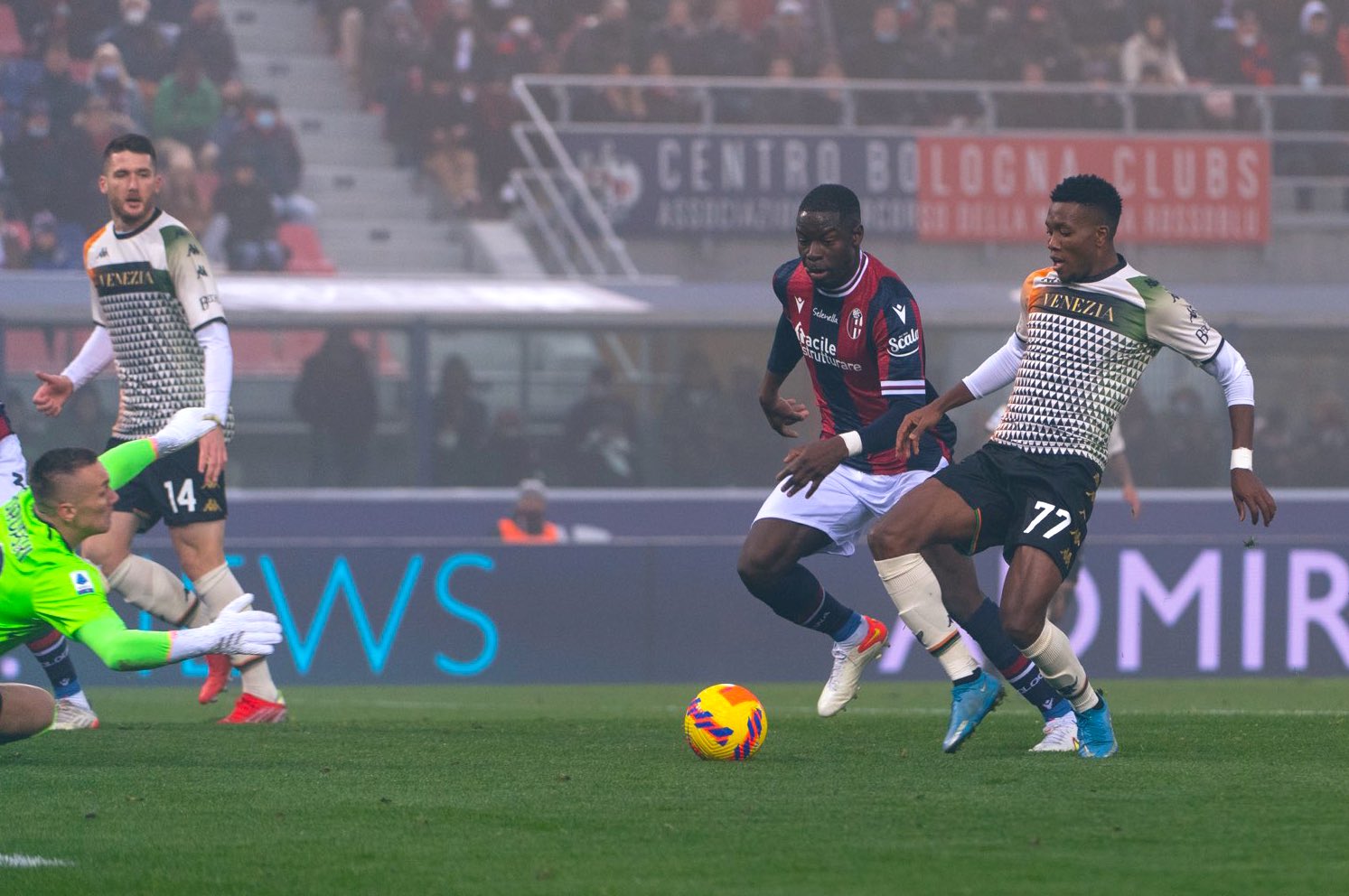 Venezia forward David Okereke admitted the club have to keep battling if they hope to stay up in Serie A by the end of the season.

The modest side have endured a tough start to their first-ever season in the Italian top-flight.

They are six points outside the relegation zone after 13 rounds of matches .

“Despite our great potential, we know we have to keep our feet firmly on the ground and work hard from week to week, many of us are new to Serie A and we cannot afford many slip ups,” Okereke told the club’s website.

The 24-year-old himself has caught the eye with his personal contributions to the club as he has now scored four goals including match winners against Empoli and Bologna.

But he has insisted the credit should go to the entire team.

“We are happy by our performance against Bologna, we showed that when we play as a team we can get a result,” said the forward, who is on a season-long loan from Belgian champions Club Brugge.

“I am happy with my performance, but the credit must be shared by all the players and coaches.”

Am Not A Magician I Need Time – Antonio Conte

Honour To Be Voted Captain For Porto Win – Alisson