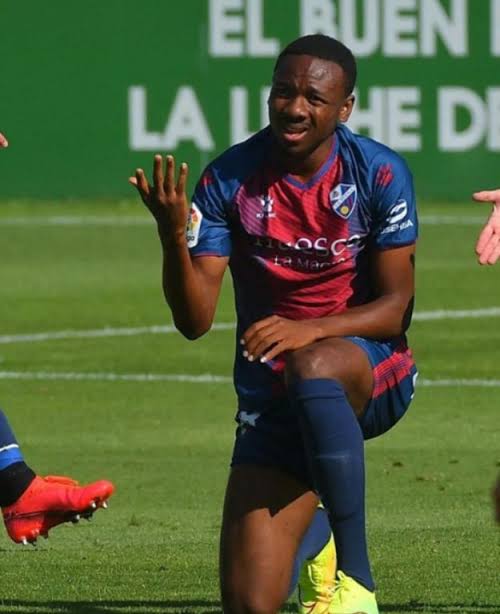 Kelechi Nwakali is set to leave his SD Huesca clubside following reports that his employers are willing to allow the Super Eagles leave for free in the summer.

The 23-year old midfielder is currently on a ten day suspension by the club due to his late return to the team from the AFCON duty with the Super Eagles in Cameroon.

The suspension also means the midfielder is not entitled to a pay for the duration of the suspension.

Reports emanating from Spain says that Huesca isn’t impressed with the attitude of the midfielder and are reportedly unwilling to keep him beyond the expiration of his current contract.

The Chile 2015 FIFA U17 Worldcup winning captain has less than seven months on his current deal with the Spanish Club and there has been no talks, regarding an extension.

Etebo returns to football after 144 days