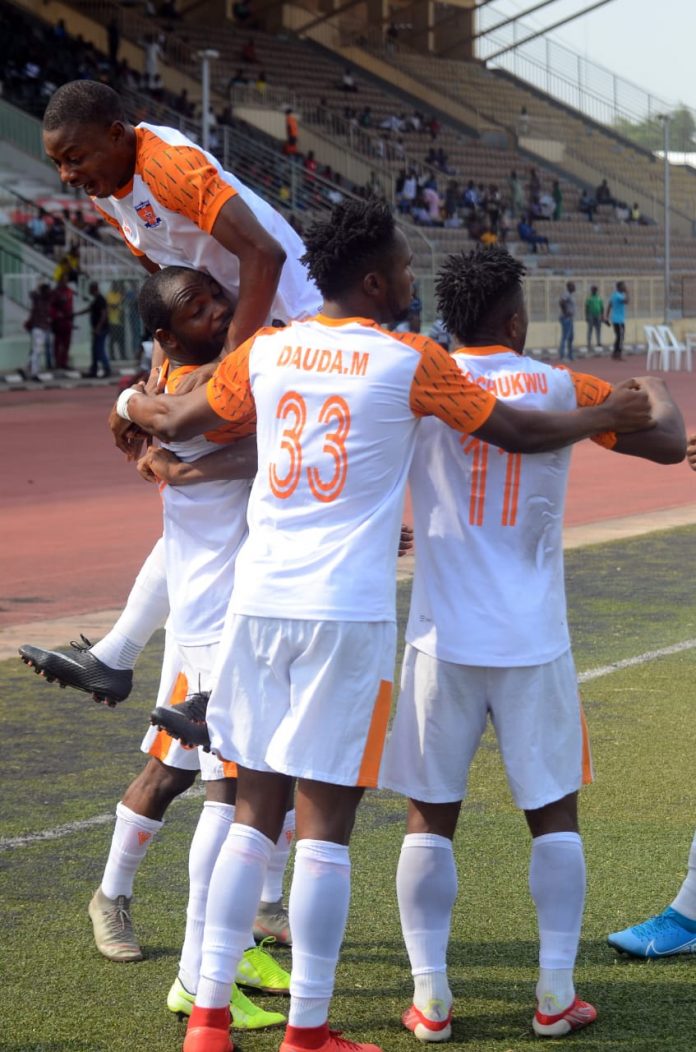 Sunshine Stars secured their first win after five matches on Sunday against Kwara United courtesy of a first minute goal from Abdul Taofeek.

The Akure Gunners who have been winless in five matches prior to Sunday’s tie against Kwara United, only needed just forty-eight seconds to score what turned out to be the decisive goal in the matchday fourteen contest.

Leonard Ugochukwu drew a foul from the Harmony Boys just after the kickoff and Emma James’ cross from the resulting free-kick was headed on target by Kamoru Adebari; Dele Aiyenugba could only repel as far as Taofeek who poked home on the rebound.

After Taofeek’s opener, the game took a stop-start dimension but Stephen Jude was able to muster an attempt at equaliser afterwards, however, his header off a teasing cross was off target.

Then Mutiu Dauda rattled Aiyenugba with a dangerous free kick in the twenty-sixth minute and thirteen minutes later, Mustapha Lawal who received his League Bloggers POTM award before kick-off responded with a save of his own, a similar dead-ball situation at the other end.

While clear cut opportunities were at a premium all game, the hope of the visitors conjuring an equalizer was dashed by the resolute defence if the Owena Whales.

In the end, Taofeek’s first goal in orange and blue jersey was enough for the Deji Ayeni tinkered side to claim all points and move up to 11th on the table with a game in hand.

We still have a lot of work to do – Jolomi