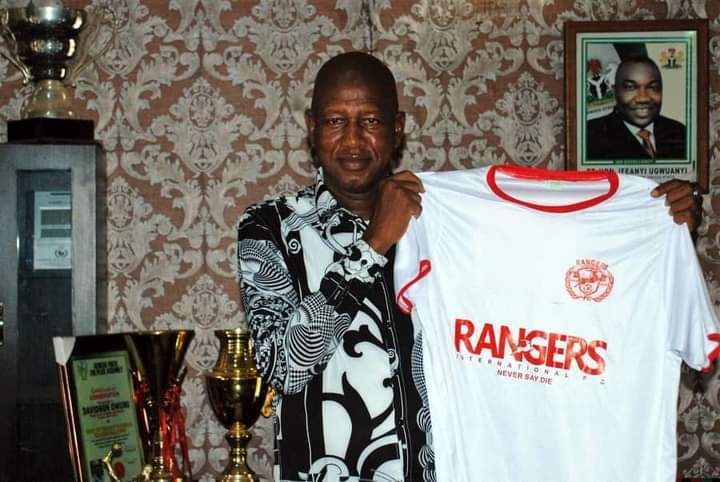 Newly appointed technical adviser of Enugu Rangers, Abdu Maikaba, has revealed that his plans for the Flying Antelopes is to vie for ‘every trophy’ his team takes part in.

The former Enyimba and Wikki Tourists boss was appointed by the club last week and was unveiled on Thursday, November 4, 2021 at the club’s corporate headquarters.

While addressing the media shortly after the unveiling ceremony, Maikaba revealed that he’s been a secret admirer of the club for years and assured that in as much as there’s the support of the management and the government, there will be smiles on the faces of all stakeholders at the club at the end of the season.

“As you know, I have served in many top clubs around the country and I must say that Rangers is the best-organized club in the country. I have been a secret admirer of the club even from my youthful days. Support and followership of Rangers is unprecedented.

“I am a coach who always set a target for himself in all the teams I have coached and here in Rangers, my target will not change. It is to annex all trophies in all competitions we partake in. With the support of management and government, we shall all smile at the end of the season.” He concluded.