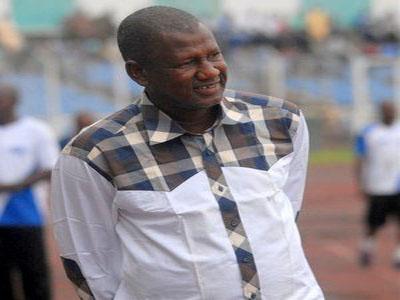 Head coach of Enugu Rangers International, Abdul Maikaba, has said that his side are in Ilorin for real business ahead of the matchday 5 tie of the 2021-2022 NPFL season.

The vastly traveled and well-experienced tactician made this assurance on Saturday, January 8, 2022, after the team’s mandatory feel of the turf of the stadium.

“I am really impressed with the way my players have responded to different drills since our victory over Niger Tornadoes. This is another match against a quality side with quality players and coach but I have the belief that we shall get something from the match with Kwara United in Ilorin.”

Maikaba’s counterpart on the other hand, coach Abdullahi Biffo in a short chat said, “As far as I am concerned, we are going to play the best of our games against one of the best sides in the league.”

“I was amazed at what Rangers played against Niger Tornadoes in Nnewi which makes them one of the top contenders for the title.”

“Nevertheless, this is our home and we have made Ilorin our fortress to make it hard for any visiting team to play us. Rangers should expect another kind of game as they would be playing against one of the best teams in the land.”

In the last eleven meetings of both teams between February 2012 and July 2021, Rangers had six wins as against Kwara United’ three while two encounters ended on even notes just as both sides have started the new season on a bright note notching up seven points each from the first four rounds of matches with two wins, one draw and one loss each with Rangers enjoying a better goals difference to place third on the twenty team log.