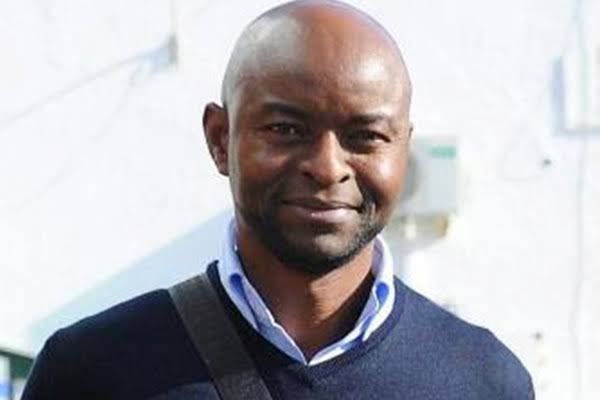 Enyimba International Football Club head coach, Finidi George, has debunked rumors saying he’s under pressure as the coach of the People’s Elephants, following their slow start to the 2021-2022 NPFL season.

Finidi, who was appointed as Enyimba’s manager last September, has guided the record winners of the Nigerian league to sixth on the log of the current season with six wins, five defeats and two draws.

Enyimba on Wednesday fell to another loss in the hands of Kwara United by a lone goal, and this has brought about rumors about the former Super Eagles and Winger being under pressure at the helms of Enyimba.

Finidi meanwhile, has said he isn’t worried about their current form as he believes it is normal in football but maintain that they will keep working hard to turn things around.

“It’s football it happens tho not as we expected, teams in front of us are taking their points.”

“Our time will come there is no need for me to stress myself we just have to work harder to get results, at the of the season we can now sit to reveal where we finished on the log.”

Enyimba FC will take on struggling MFM FC in their next NPFL clash at the Enyimba Stadium in Aba.

NPFL: Enugu Rangers pips Nasarawa United, moves to the summit of the league

We were unlucky against Akwa United – Gbenga Ogunbote