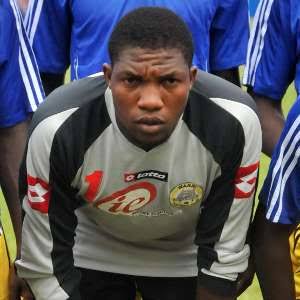 Vanzekin who was a member of the silver winning Nigeria U-23 team at the 2008 Summer Olympics began his career with Plateau United before moving to Bendel Insurance F.C. in 2006. He left Insurance in January 2008 and moved to Akwa United F.C. until they were relegated after the 2008-09 season.

The former Akwa United goalminder was also part of the U-20 team at the 2005 FIFA World Youth Championship, where Nigeria also emerged runners-up after losing 2-1 to Argentina in the final.

It would be recalled that the Benin based outfit narrowly missed out on the promotion to the NPFL after emerging third from the southern conference group B behind Remo Stars and Shooting Stars.