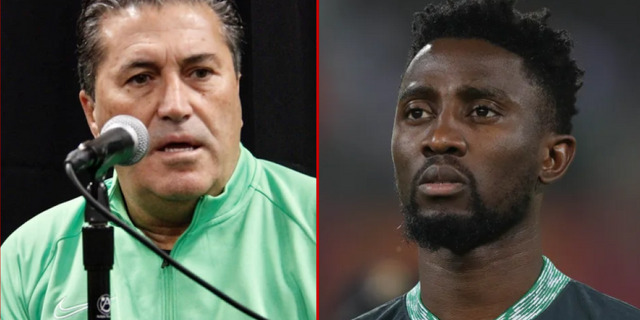 Nigeria’s friendly game against Algeria will have to be played on September 27 without Wilfred Ndidi due to a hamstring injury and has returned to Leicester City.

The Nigeria Football Federation confirmed the blow on social media on Tuesday morning.

It read: “Midfielder Wilfred Ndidi is injured and out of the game against Nigeria. He has left the team’s camp and returned to England. Get well soon Wilfred.”

Super Eagles coach Jose Peseiro has since addressed the situation with Ndidi re-posting the video on his Twitter page. “[Wilfred] Ndidi when he came, the fitness coach from Leicester sent our fitness coach a message that he complained in the last match,” Peseiro said.

“He came, he trained without intensity, a small training [session] but with conditioning. He feels something in his hamstring, and I think it’s best not to use [him].

“It’s not dangerous but I’m not going to use one player in a friendly match if he can get more injured. He [returned] to Leicester today, for recovery.”

The City star took aim at what was being said about his injury on social media, responding to one journalist by asking how sure they were about their reporting.