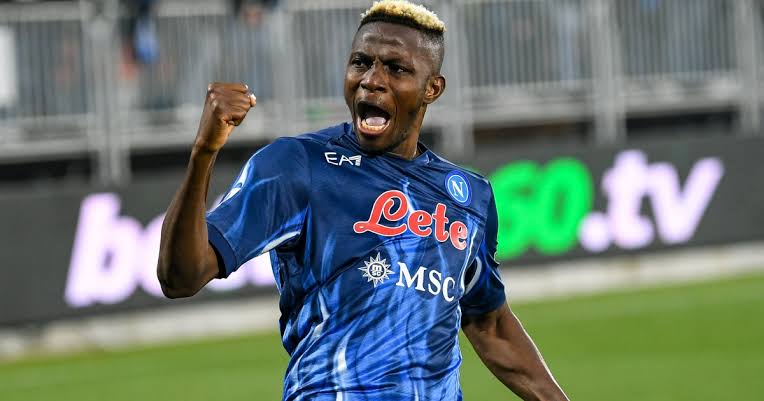 Italian football legend, Christian Vieri, has said that Napoli are a strong side with Nigerian striker, Victor Osimhen leading the attack.

Christian Vieri in an interview with Bobo TV talks, expressed Napoli have a chance to win the game with Osimhen, Koulibaly, and Anguissa back on the side.

“Napoli must play to win, they can’t think ‘the important thing is not to lose.’ With Osimhen, Anguissa, Koulibaly they are strong: if they want to win it Scudetto must beat Inter. They must play their game but must try to reopen the championship.”

“Inter will hardly lose against weaker teams, they can lose to Napoli and Napoli must play to win. And then they have Osimhen who is a great player, Mertens who is a lot of stuff.” He said.

Osimhen is expected to lead the frontline for the Azurri as they lock horns with the Champions, Inter Milan for Saturday’s top of the table clash.

Victory for the hosts would see them leapfrog their visitors at the top of the table thanks to the Nerazzurri’s defeat in last weekend’s Milan derby.

Napoli closed the gap with their 2-0 victory at relegation-threatened Venezia on Sunday, with Osimhen scoring one of the goals.