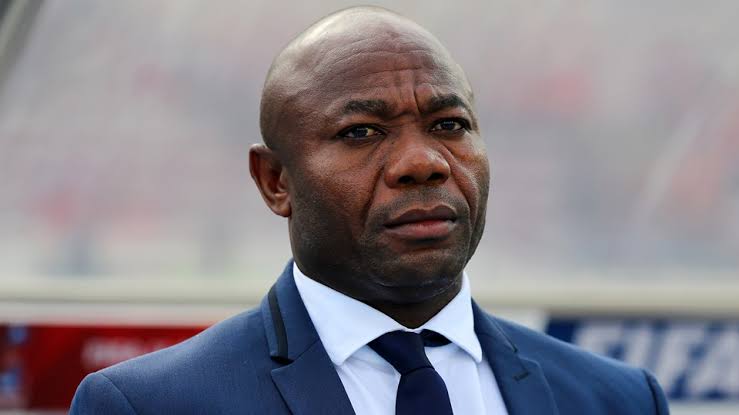 Emmanuel Amuneke has said that he has no problem working with Augustine Eguavoen as an assistant and insisted they have the same interest that will help the two of them.

Amuneke was drafted to the Super Eagles coaching crew, following Nigeria’s ouster from the round of sixteen of the 2021 African Cup of Nations in Cameroon.

It will be recalled that the former Golden Eaglets boss had rejected the same assistant role when Gernot Rohr was in charge.

But his announcement as an assistant to Eguavoen has come as a shock to many fans and there are suggentions they might fall out soon, due to conflicts of interest.

Amuneke while speaking with newstelegraph clearly stated that there’s a set goal for himself and Eguavoen, hence there will not be any conflict of interest.

“Why will there be conflict of interest? The former African football of the year replied, when asked to react to the comment.

“We are focusing on the same goal and that’s to take Nigerian football to another level, we have same interest and that’s what will help us.

“We have to lay down an example to the younger generation and that’s what most of us who played the game in the past and are now into coaching are doing. We have a target, and we must achieve that working together as a team, so I don’t see any conflict of interest.” Amuneke told newstelegraph.

The former Barcelona winger would be on the Eagles coaching bench when the Nigeria take on Black Stars of Ghana in World Cup qualifiers next Month.

We can qualify for the World Cup – Emmanuel Amuneke