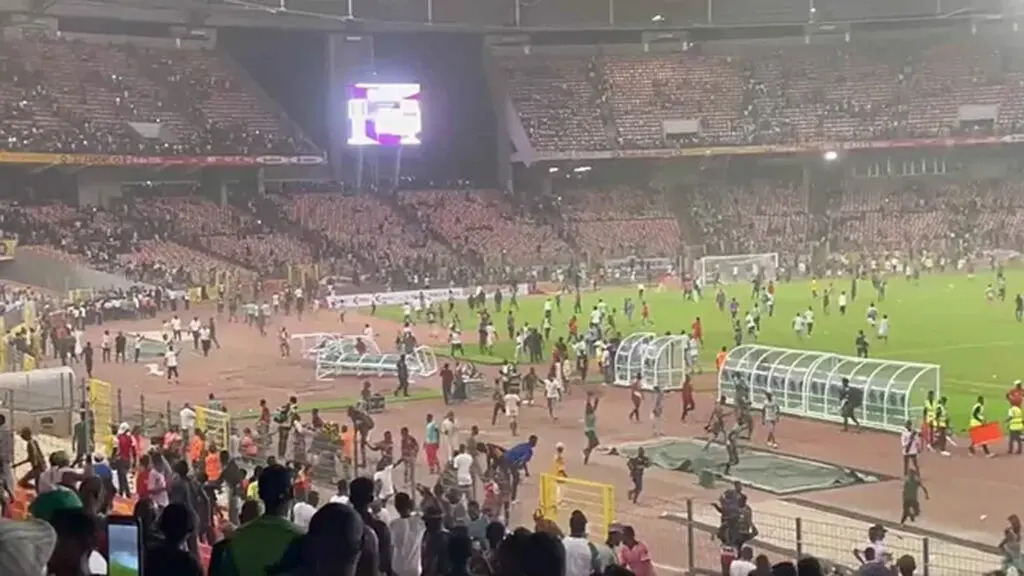 The Nigeria Senate has invited Minister of Youth and Sports Development, Mr. Sunday Dare, NFF President, Amaju Pinnick and other agencies involved in the maintenance of the MKO Abiola Stadium, Abuja, to ascertain the extent of the damage to facilities at the national arena.

Irate football fans had vandalised facilities at the MKO Abiola National Stadium on March 29 following Super Eagles’ 1-1 draw with Ghana in a World Cup qualifier, which effectively ended Nigeria’s bid to qualify for the global football fiesta scheduled to start in November 2022 in Qatar.

The Upper Legislative Chamber arrived at the resolutions after a Point of Order raised by Senator Michael Nnachi (PDP-Ebonyi) during yesterday’s plenary.

The Senate also mandated its Committee on Sports and Youth Development to investigate the remote and immediate cause(s) of Nigeria’s failure to qualify for the World Cup in spite of the huge fund from government, individuals and corporate bodies.

While raising the point of order, Nnachi noted with sadness the vandalisation of facilities at the stadium by irate football fans.

“A lot of valuable facilities at the stadium were destroyed, but the extent of the destruction is yet to be determined by the relevant government authority.

“Apart from several unidentified football fans, who were injured as a result of this incident, the death of Zambian CAF official, Dr. Joseph Kabungo is a huge loss to the global football community.”

Nigeria to play friendly with Mexico ahead of 2022 W’Cup