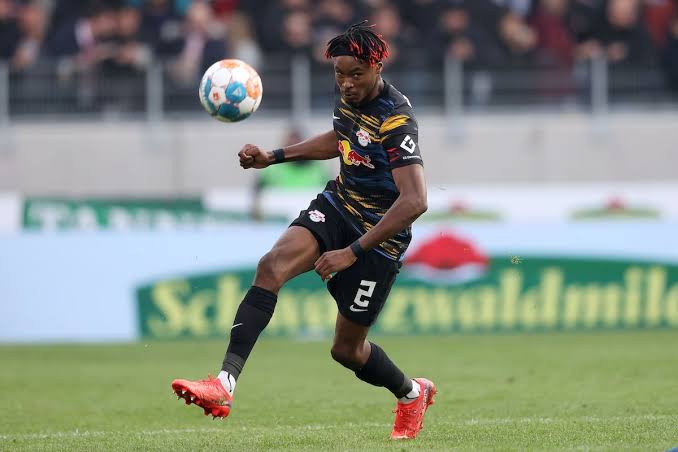 Manchester United has sent out scout to check on RB Leipzig midfielder Amadou Haidara over the next two games ahead of a potential January move.

Haidara is highly regarded by new United interim boss Ralf Rangnick who signed the Mali international from RB Salzburg in 2018.

According to report, the Red Devils have been looking at new midfielders and scouts are understood to go watch the 23 year old against Union Berlin on Friday and Manchester City next week in the Champions League.

The Mali international made his 100th appearance for Leipzig at the weekend, and also spoke openly about his dream of playing for a prestigious club like United.

Haidara is a versatile player who can play either as a defensive midfielder or centre back, while he also posses the energy to play box to box his also very good in front of goal.

He has 24 international caps for Mali which says a lot about how important he is to his national team, and it is believed he have a £33m release clause a fee Manchester United can afford.

With United’s appointment of Ralf Rangnick, Haidara potential move to Old Trafford come January might come easy having seen him coped well with the German’s methods at RB Leipzig.

Tuchel Banks On Alonso, Hudson-Odoi To Cover-Up For Injured Chilwell