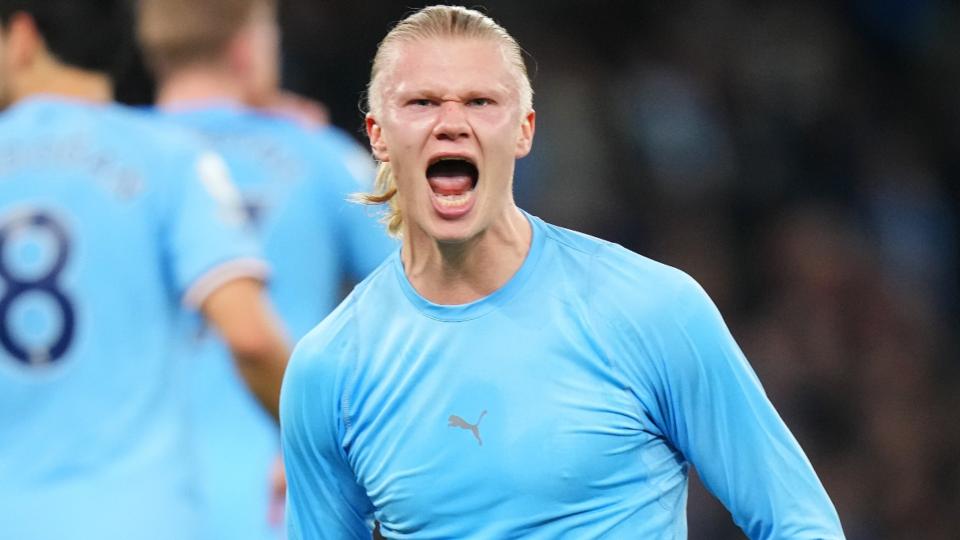 10-man Manchester City returned to the top of the Premier League with a 2-1 victory over Fulham on a day of high drama at a sodden Etihad Stadium.

Erling Haaland’s 95th-minute penalty gave him his 18th league goal of the season after Kevin De Bruyne was fouled by Antonee Robinson in stoppage time to deny Fulham an unlikely point.

Julian Alvarez blasted the hosts in front on 17 minutes after relentless pressure, but referee Darren England’s decision to send off Joao Cancelo and award Fulham a penalty turned the game on its head.

Andreas Pereira dispatched the spot-kick (28) to haul the visitors level, but, after a marginal VAR call had already frustrated Haaland, the Norwegian restored City’s lead by converting his penalty underneath Bernd Leno with virtually the last kick of the game.

Haaland told Sky Sports: “It’s fantastic. I was nervous [for the penalty]. It was one of the most nervous moments of my life, but fantastic. A penalty in the last minute, of course, I would be nervous. But it’s an amazing feeling.

“I love it. I have been injured for a week and it is really important to win.”

The result means City move above Arsenal on 32 points with the Gunners facing Chelsea at Stamford Bridge on Sunday. Fulham remain seventh on 19 points after their four-game unbeaten run was ended.