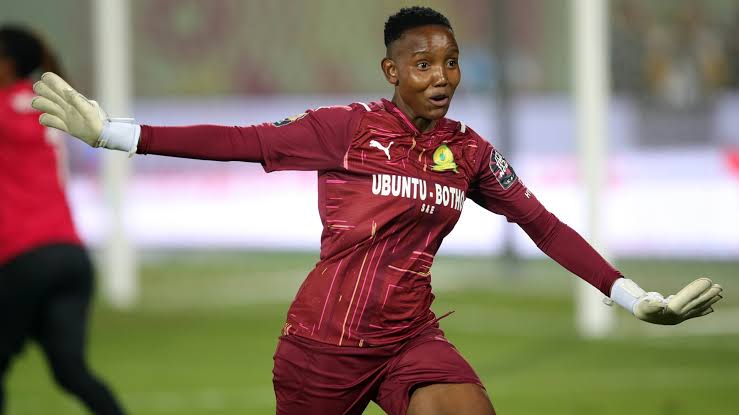 South African side, Mamelodi Sundowns, have emerged champions of the inaugural CAF Women Champions League after their 2-nil win over their Ghanaian side, Hasaacas Ladies on Friday.

In what seemed like a revenge, following Ghana’s controversial 1-nil win against South Africa on Sunday to seal the World Cup play-offs spot, the South African girls thrumped their Ghanaian counterpart, with goals from Chuene Morifi and Andisiwe Mgcoyi sealing the for the Ka Bo Yellow.

Prior to the final, five times goalscorer in the tournament, Evelyn Badu, expectedly led Hasaacas’ attack, with support from influential No.10 Doris Boaduwaa while Ghana international defender Janet Egyir marshalled the defensive line.

For the Sundowns, goalkeeper, Andile Dlamini, who haven’t conceded a goal all the way to the final manned the sticks for Sundowns’ starting eleven with their backline also featuring centre-back stalwart Bambanani Mbane. South Africa international Melinda Kgadiete was among the stars in the attack.

The South Africans got their first goal after thirty-three minutes when Mgcoyi pounced on a precious dink over the defensive line to deliver a ball from the right across the face of goal. Morifi was at the right place at the right time to stab home from close range.

Sundowns’ second goal would come in the sixty-fourth minute through Mgcoyi who switched from provider to finisher as the South Africans doubled their lead, the attacker beating the offside line to drive a low shot beyond goalkeeper Grace Boadu into the bottom left corner.

Match day 12;Three key matches to watch in the Premier League this weekend