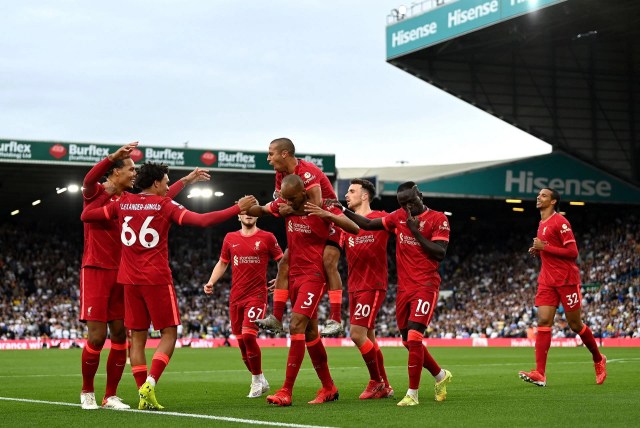 Anfield would witness the visit of Leicester City to face Liverpool in midweek as action returns in the Carabao Cup.

The Reds would have the upper hand in this fixture but with Leicester’s Youri Tielemans in form and ready to coordinate proceeding from the middle a lot could happen in this duel.

The Reds would be hoping to return to winning ways at all cost after their 2-2 draw at London with Tottenham Hotspur.

Here Isagoal.com evaluates the three significant things to expect from this tie.

The Merseyside club has always been supported to a great effect back home and it remains to be seen some of the noise Anfield fans would make in the crowd.

They would hope this could count to their own advantage as they aim to get the job done on the pitch.

The Reds supporters have always been pivotal to their sides advancement amid their achievement in the past as we’ve always witnessed in the UEFA Champions League.

The match between the Reds and the Foxes would be interesting to note while there would be the input of both managers ahead of this match.

The likes of Jurgen Klopp and Brendan Rodgers will compete with each other in the stand as the boys would be separated from the men in this contest.

It’s 90 minutes that will decide which manager made the most of his tactics in this high profile encounter on Wednesday.

With quality players expected to grace the match it obviously would produce a magnificent performance on the pitch.

How Tottenham Hotspur could line-up against West Ham United