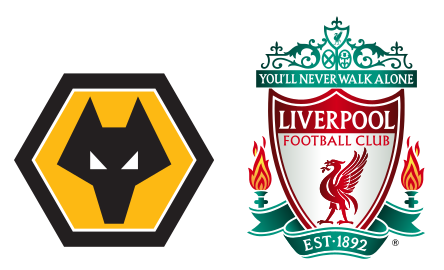 Liverpool would take on Wolverhampton Wanderers in the Premier League as the battle for the three points continues in the English football scene.

The high flying Reds side would take the trip to Molineux with Jurgen Klopp and his men hoping to seal another win on the road.

Liverpool dispatched Everton 1-4 at Goodison Park in midweek and would be confident of securing another success story in the EPL at the weekend.

Here Isagoal.com evaluates how the Reds would line up against the Wolvers side.

Alisson Becker is expected to be in goal for Liverpool with Jurgen Klopp not likely to make personal changes in the Reds defence.

Trent Alexander-Arnold has both been in top form and will as usual keep their place at the opposite full-back position for Liverpool.

While Dutch defence star Virgil Van Dijk who scored Liverpool’s fourth goal against the Saints would feature alongside Cameroon’s Joel Matip in a centre-back pairing.

Liverpool would likely have an unchanged midfield with Thiago and Jordan Henderson operating in an advanced role ahead of Brazil’s Fabinho in the defensive midfield position.

While he (Jota) will be supported by Sadio Mane and Mohammed Salah in the wide areas.