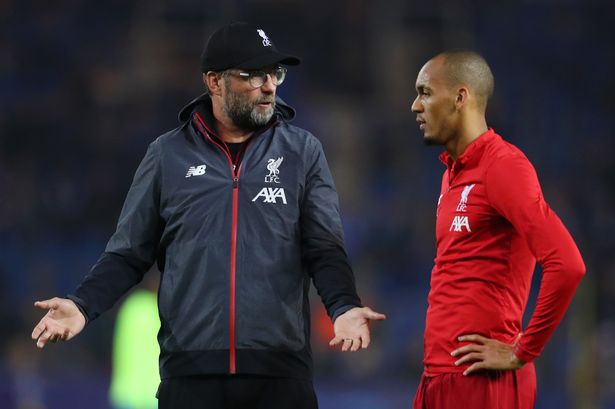 Liverpool boss Jurgen Klopp insists Fabinho should be ‘completely fine’ after suffering a clash of heads during the Reds’ 3-1 victory over Benfica in the Champions League.

Klopp’s side have one foot in the door of the Champions League semi-finals after defeating the Eagles in the last-eight first leg at the Estádio da Luz on Tuesday.

Ibou Konate, Sadio Mane and Luis Diaz were on target for the away side.

There were some concerns for Liverpool in the closing stages when Fabinho went down injured after a coming together with Benfica defender Nicolas Otamendi.

The Brazilian was forced off the field for a brief period before helping the Reds see out the win.

With a huge trip to Manchester City on Sunday, where Liverpool could move top of the Premier League with a win, Fabinho should be available after not suffering a concussion.

“He had a cut on the back of his head and obviously there is no hair to hold the blood back. That’s why they needed a bit of time.

“But he should be completely fine.”

Liverpool take a healthy advantage into next week’s second leg at Anfield and are on the cusp of a third Champions League semi-final in five years.