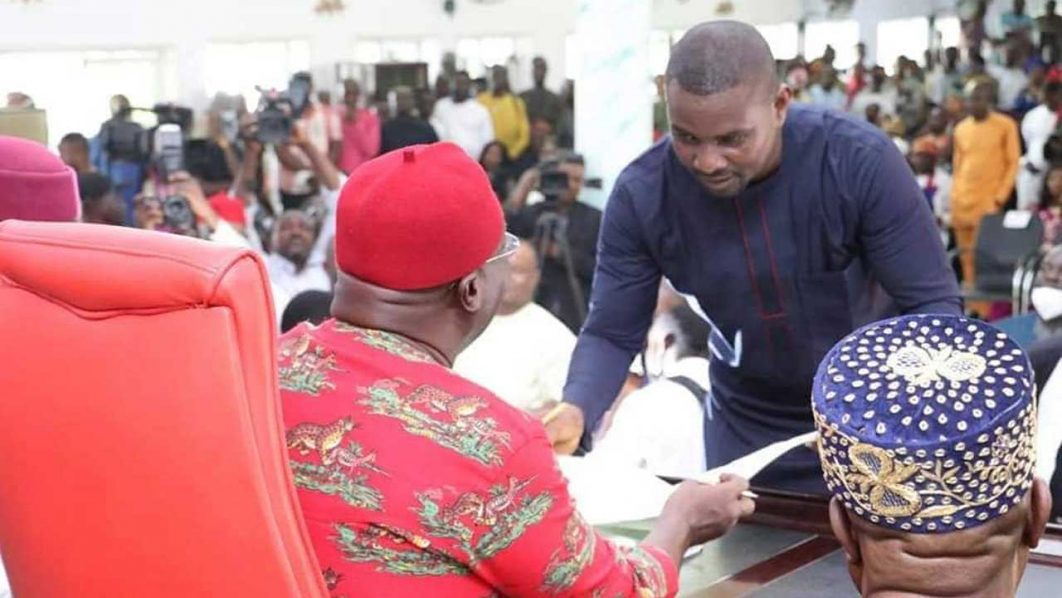 The 44-year-old was sworn in on Tuesday in Umuahia alongside 26 other commissioners by Abia State governor Okezie Ikpeazu.

The number one citizen in Abia advised Ojigwe and other commissioners to see their appointment as a call of duty.

He warned that anyone thinking of taking advantage of the position for personal benefit would be “disappointed”.

The ceremony followed after the screening and confirmation of the commissioner-nominees by the state’s House of Assembly.

Born in Aba, Ojigwe featured for the Super Eagles between 1994 and 2002 and went on to earn 17 caps scoring two goals.

He was a member of the late Amodu Shuaibu-led squad that placed third at the Mali 2002 Africa Cup of Nations.

Also, he alongside the likes of Nwankwo Kanu, Wilson Oruma, Celestine Babayaro, helped the Golden Eaglets win the 1993 FIFA U-17 World Cup.

At club level he played for Enyimba, Bayer Leverkusen, Borussia Monchengladbach and 1860 Munich.

Okpala disagree with Rohr’s recall of Ighalo to Super Eagles