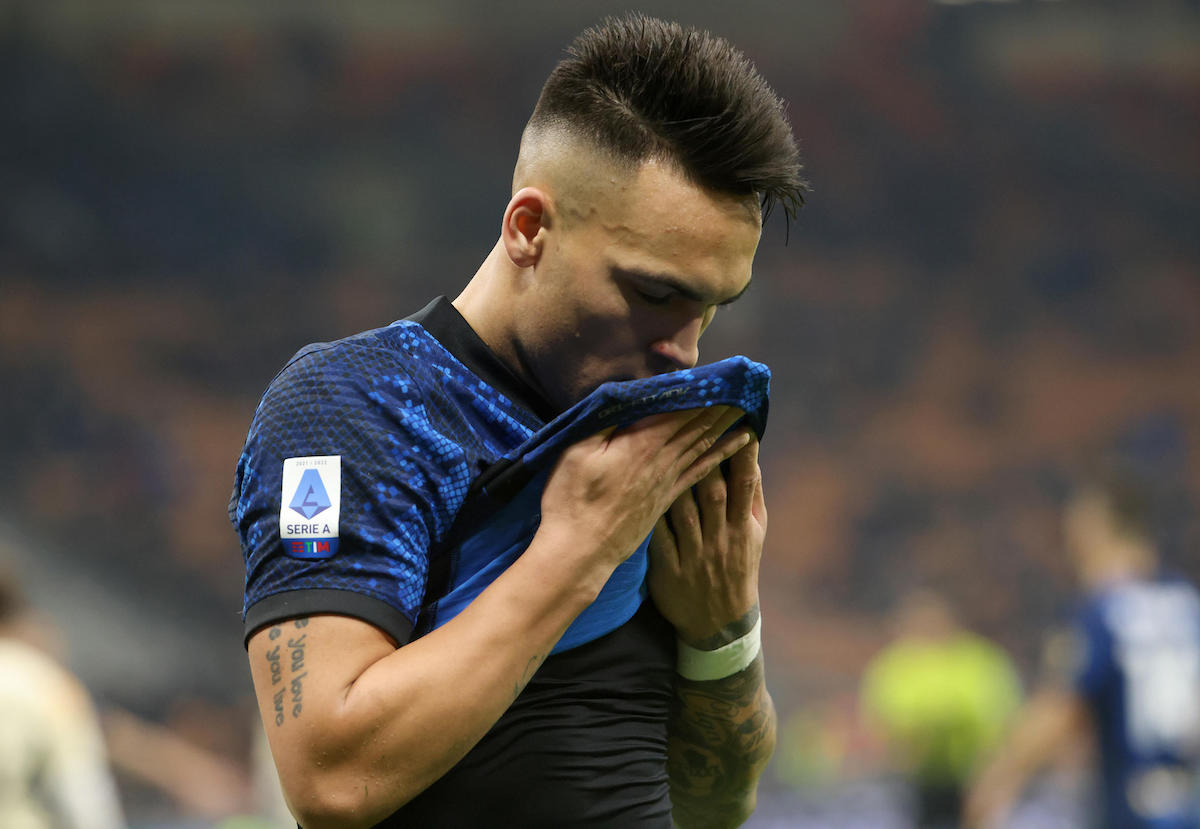 Inter Milan have clamped a sum of €90M on Lautaro Martinez this summer ahead of a possible move away from the club with Liverpool, Atletico Madrid and Borussia Dortmund among the favorites to land the Argentine striker.

Calcionercato.com reports that Martinez, who joined Inter in 2018 from Racing Club and extended his contract last October to 2026, will most likely be the club’s sacrificial lamb in the next transfer market when this season comes to an end to generate more funds for new signings.

According to calciomercato.com, the asking price for Martinez would be around €90M, which is already a significant cut from the initial €110M.

This gives Inter the chance to sell the 24-year old with a much better value than the pair of Alexis Sanchez and Edin Dzeko.

Martinez has attracted interest from Liverpool, Atletico Madrid and Borussia Dortmund in the past while Arsenal are said to be keeping tabs on the centre-forward having missed out on Susan Vlahoviç.

‘El Toro’ has notched twelve goals in thirty-three appearances this season for the Nerazzurri this season, but he has failed to find the net in his last seven Serie A games.