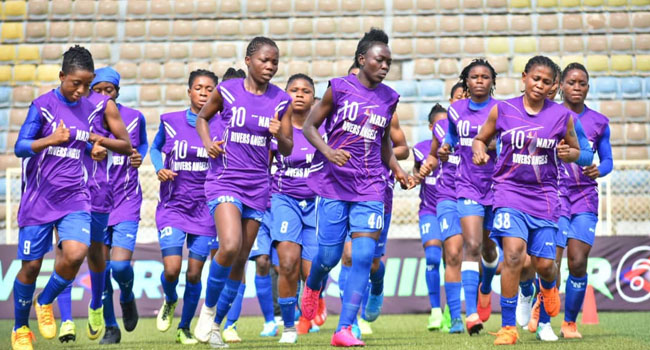 Former Super Eagles forward, Victor Ikpeba has revealed that he’s disappointed with the elimination of Rivers Angel from the CAF Women’s Champions League.

Recall that Rivers Angels crashed out of the ongoing competition in Cairo, Egypt, despite recording a 4-0 win over Vihiga Queens on Friday.

The Angels had lost their opening two games to Morocco’s ASFAR and South Africa’s Mamelodi Sundowns.

Reacting to their loss during Monday Night Football Show On Supersports, Ikpeba said that it was a disappointing campaign for the young ladies.

“It’s disappointing that Rivers Angels failed to make it to the next round of the CAF Women’s Champions League. I expected them to do more but it’s unfortunate that this is how far they can go.”