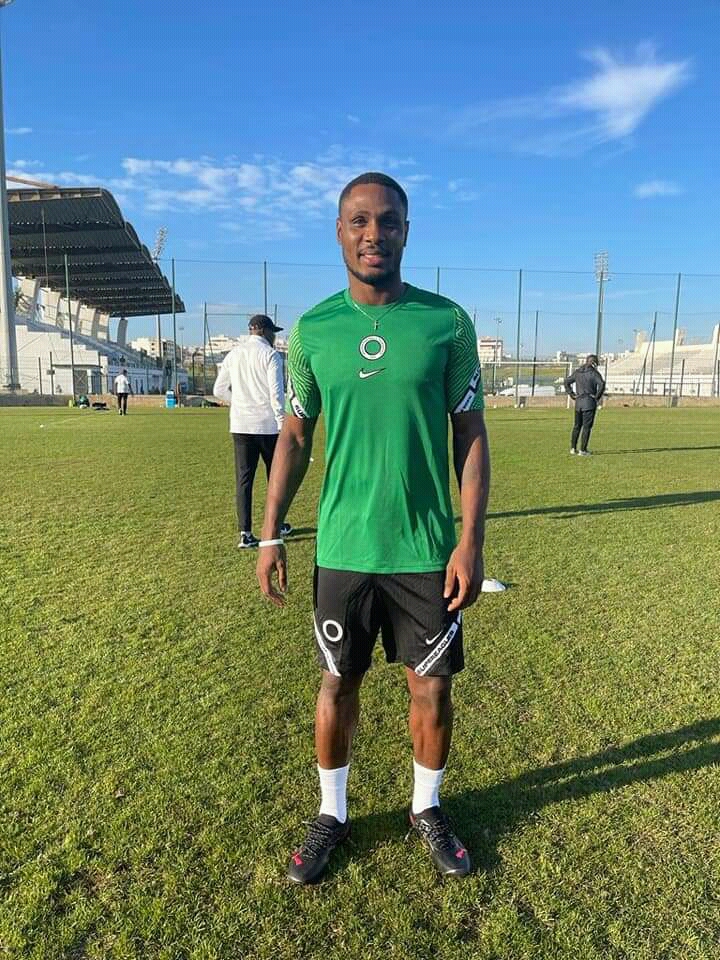 Odion Ighalo is happy to return to the Super Eagles following his two-year absence from the team.
Ighalo quit international football after helping the Super Eagles  secure third place at the 2019 Africa Cup of Nations in Egypt.
The Al Shabab of Saudi Arabia was top scorer at the competition with five goals.
The former Watford however rescinded the decision after talks with head coach Gernot Rohr and Nigeria Football Federation president Amaju Pinnick.
The striker is part of Nigeria’s 24-man squad for the 2022 FIFA World Cup qualifiers against Liberia and Cape Verde.

“I’m happy to be back, it has been long (away from the team), almost two years plus and it is good to see some of the guys,” Ighalo said after arriving the team’s camp in Tangier, Morocco on Thursday  afternoon.

“I have seen my strong man, (William) Ekong, hopefully I will see the other guys.”

Rohr: Ighalo is back in Super Eagles because we need his experience