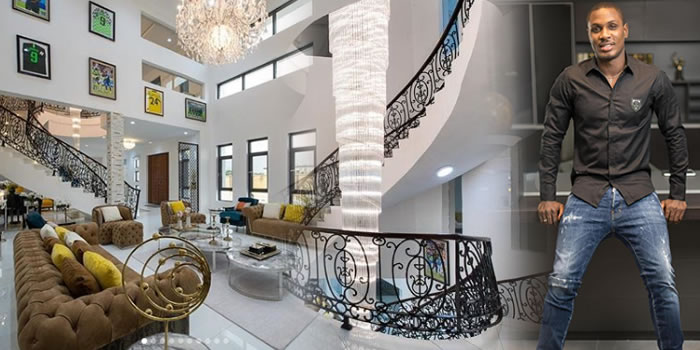 Super Eagles striker Odion Ighalo has thanked his mother for supervising the construction of his mansion in Lagos until it was completed.

The Nigeria striker posted a clip of the mansion, which has a swimming pool, sauna, football pitch and basketball court among the visible outdoor amenities while introducing and thanking his mother for doing a ‘very good job’ by ensuring the house was completed to his liking.

“Project supervisor, thank you my one and only supervisor. The project is ok, thank you mama you did a very good job, just see the floor. Any other supervisor is fake,” said Ighalo.

The house called “Ighalo Residence”, is located in the suburbs of Lekki, southeast of Lagos, with the striker having lived in it since 2020 when he officially opened it.

Ighalo is currently on an off-season break having just won his first-ever league title when Al Hilal claimed the Saudi Professional League at the end of June.

Capped 37 times for Nigeria’s Super Eagles, for whom he has scored 17 goals, the former Watford striker, who made his senior debut in 2015, was the top scorer at the 2019 Africa Cup of Nations in Egypt.

African Footballer Of The Year Till Date Listed Fully