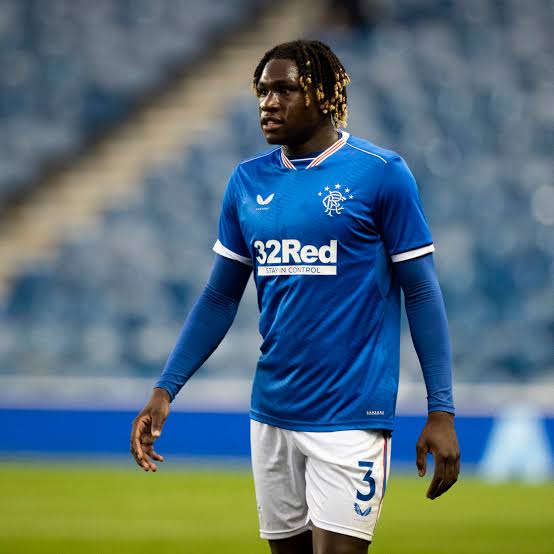 Glasgow Rangers of Scotland youngster Calvin Bassey, is targeting a call up to the Super Eagles squad ahead of the upcoming Africa Cup of Nations slated for January in Cameroon.

The former Leicester City star, who also qualifies to represent Italy and England has seemingly pledged his allegiance to Nigeria having accepted an invitation for the World Cup qualifying games against Central African Republic in October.

Following the absence of Porto fullback Zaidu Sanusi, Bassey was handed a maiden call up into the Super Eagles squad but Sanusi has since got back into the team with the Rangers star dropped for last month games.

Prior to his call up into the team, Super Eagles boss Rohr had been scouting for a left footed centre back with Herta Berlin’s Jordan Torunarigha and Augsburg’s Felix Uduokhai his preferred choice for that position.

Following Confederation of African Football authority permitting countries to name five extra players on their rosters for AFCON 2021, the Rangers starlet will fancy his chances of getting into the Nigeria’s team in Cameroon.

While talking to the media on Friday ahead of Rangers visit of Dundee, Bassey said. “It’s always an honor to represent your country. Obviously the timing is a bit hard because we’ve got games.”

“Right now I’m just fully focused at the club, at the end of the day if I do well here that’s what helps me get called up for Nigeria and so on, so I’m just focused on the club and just giving my best performance, taking each game as it comes.”

“Whatever happens when we get to that stage we’ll look at it and see what’s best for me and take it from there.”

While the Nigeria Football Federation (NFF) are still faced with solving Gernot Rohr’s issues, it is expected that Nigeria will announce it’s camping roster ahead of the African Cup of Nations soon.