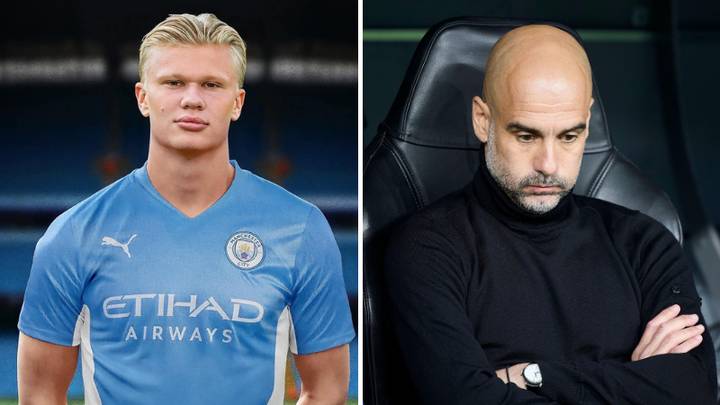 Erling Haaland will head to Manchester City this summer in a deal worth £51m following just over two sensational years in Germany with Borussia Dortmund.

The Norwegian made a name for himself at Red Bull Salzburg before the Bundesliga outfit won the race for his signature in 2020.

His exit has long been expected though, owing to a release clause in his contract that had some of Europe’s finest circling around him.

City have managed to secure the deal and will welcome a player who has scored 85 times in 88 games for Dortmund.

However the forward, as he did in Germany, has reportedly included a release clause in his contract that will see a fee become active in two years’ time, as per Bild.

They claim that it would take €150m (£128m) to get the Norwegian out of the Etihad in 2024. Other reports have acknowledged a release clause exists, but have not specified dates or a value.

Haaland’s arrival could have an impact on the future of Gabriel Jesus, who could find his minutes hampered.