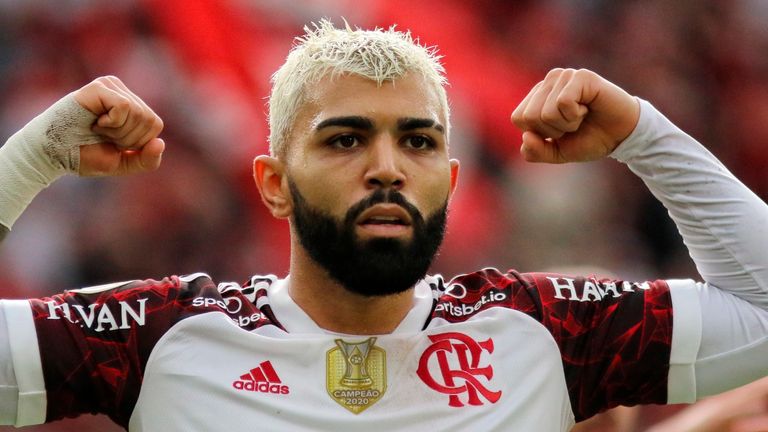 Flamengo forward Gabriel Barbosa is set to tell the Brazilian giant that he wants to leave the club, and move to England with the Hammers keen to sign the striker.

Barbosa’s first try on European soil was with Inter Milan, but couldn’t nail down a starting role in the Nerazzurri’s team before he returned to his native country.

West Ham made an offer to take Barbosa on loan for 18 months, with an option of making the move permanent for €30m earlier this month and the proposal still remains on the table.

However, the Brazilian giant do not want to sell or loan out Barbosa this month, due to his form and having scored 104 goals in 147 games for Flamengo.

But Barbosa is keen to leave the club and is set to meet with his representatives and Flamengo officials today, where he will make his desire known to the club about his move to England.

The former Inter Milan forward also believes he has an unfinished business in Europe following his underwhelming spell in Serie A.

Barbosa spent three and half a half years as an Inter Milan player, plus six months on loan at Benfica between 2016 and 2020, but scored just two goals in only 15 games.

With the Hammers ready to strengthen their attacking department in the January transfer window, the Brazilian is one of a number of strikers they’re interested in.

Onuachu Not Ready To Force Transfer From Genk

Norrköping Will Only Sell Adegbenro For A Significant Fee – Stig Tornbjörnsen