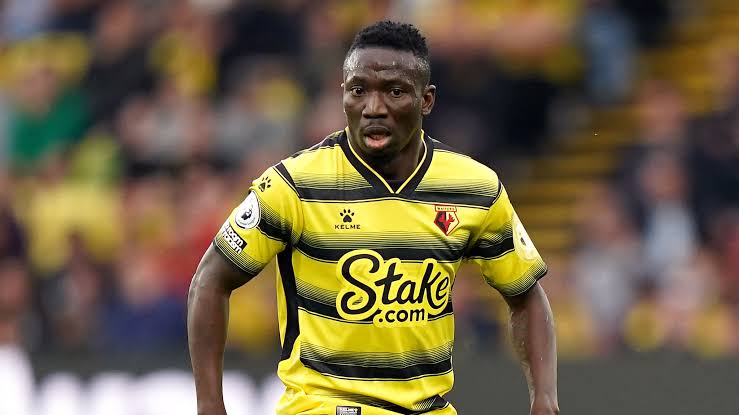 The game on Monday was Etebo’s first game since he tore his quad muscles in the Hornets’ 1-1 draw with Newcastle last September.

The midfielder, on-loan from English Championship club Stoke City, was in action for the first half of their 3-1 defeat.

The Nigerian midfielder is expected to join his teammates in the first team squad in the coming days, however, it’s unclear if the 26-year old will make the matchday squad in Wednesday’s EPL game against Crystal Palace.

“Etebo has trained with us from the start, we’ve just been waiting on the go-ahead from his surgeon in Finland, and he got that last week,” the manager explained.

“As far as I’m concerned, we don’t have any concerns, but he (Etebo) hasn’t played a competitive match for many months, so it is good he can get some minutes in today’s (Monday) game, and if he comes through okay, then we’re going to be able to start counting on them.”