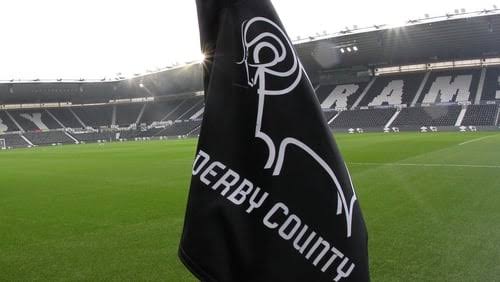 Championship side Derby County are faced with liquidation risk unless HMRC agrees to write off their debt.

The prospective buyers of the club believe that unless HMRC agrees to quarter the £29 million the club owed, a deal that would risk setting a dangerous legal precedent can’t be signed.

Derby County administrators, business advisory firm Quantuma, are due to meet with the taxman this week in a talk that will prove crucial to the club’s survival prospects.

While US businessman Chris Kirchner has declared his interest in buying the Rams, however the other parties have not taken a step due to fear of the club going into oblivion.

A source close to the investors says that a deal to buy the Rams only becomes viable when the debt inherited does not vastly outweigh the value of the club, which is difficult to achieve given the 21 point deduction and likely relegation to League One football.

Derby County has been told it would require HMRC to reduce what it is owed to around £7.5m for a takeover to be possible, but it’s looking more unlikely because of the message it would send to other EFL clubs who have outstanding HMRC bills.

According to a source close to the administrators, it is believed they are confident of striking a deal with HMRC but while we do not know what that deal is how do a buyer purchase the club?

As it stands, the club debt is nearly £30m to HMRC, more than £20m to MSD Holdings a US investment group, and another £10m of football debt which makes it more difficult for buyer to takeover the club.

While Derby County debt is a big conundrum that could see them liquidated and relegated, the only body who can convene to save the club is the government.