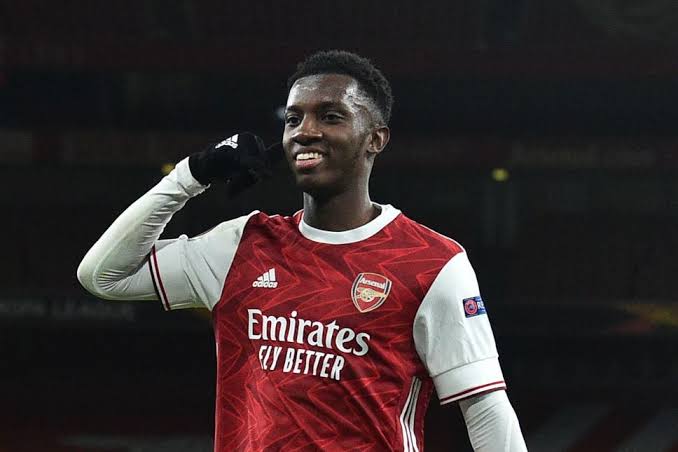 Arsenal youngster Eddie Nketiah has turned down the Gunners contract offer, as his current deal is set to expire at the end of the season.

The 22 year old current deal expires at the end of the season and he will be free to sign for a foreign club from January, according to Sky Sports.

It is believed that Nketiah’s decision is not motivated by finances, but over a lack of regular playing time at the club under Mikel Arteta.

While the manager of the club Arteta has publicly said he wants the England U21 to stay, the youngster has rejected the new deal offered him by the club.

Nketiah who came through the club’s academy, joined Leeds United on loan for the first half of the 2019-20 campaign but couldn’t break into the first team of Marcelo Bielsa’s led side.

The England U21 star was given an opportunity last season, registering just six goals in 29 appearances including two goals in 17 Premier League games and he has since found game time difficult to come by with Pierre-Emerick Aubameyang preferred ahead of him.

With every top teams in the topflight edging closer to the quicky bomb time period with lot of games, Arteta may decides to give the 22 year old another opportunity in the team.