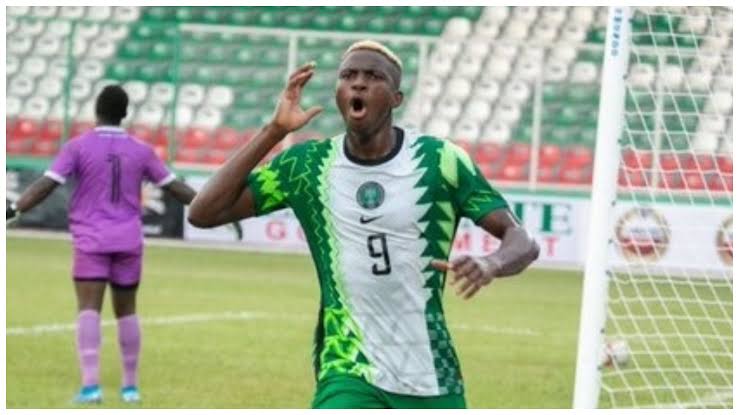 Napoli’s and Eagles towering forward Victor Osimhen says the Super Eagles will fight to the end to secure a place at the 2022 FIFA World Cup in Qatar.

The Napoli striker who is currently in the form of his life, helped the Super Eagles picked a point with his goal in their tie against Cape Verde on Tuesday at the Teslim Balogun Stadium, Lagos.

The 2013 AFCON Champions finished top of Group C with 13 points, two more points than the Sharks of Cape Verde whom they drew yesterday in Lagos.

Osimhen, who scored Nigeria’s first goal on the night hinted that the team target now is to secure a place at 2022 World Cup in Qatar.

Osimhen said after game, “It was important we made this first big step.”

“With the quality of the players we have, we go on to get to the World Cup.”

With the playoffs draws slated for December 18, Nigerian fans will pray the draws favors the Super Eagles.